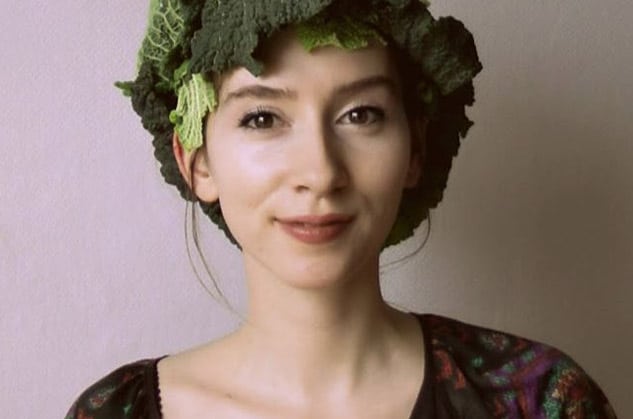 Today I want to talk about an ASMR creator who goes by the name of ‘Victoria Sponge ASMR’ – she hasn’t created a video in about 2 years as of writing this article, for reasons that are unknown.

It might seem strange to give someone the spotlight even when they don’t create videos for the ASMR community anymore, but I think she has some of the best ASMR videos on the internet and since this is the internet, they are going to be there forever for us to view – so she’s still worth talking about.

And who knows, if this article gets enough traction from the ASMR community, maybe she will bless us with her great ASMR videos once more.

Victoria Sponge ASMR reminds me of the popular ASMR creator Goodnight Moon ASMR due to the sheer randomness of her videos.

Which I think makes her one of the most desirable ASMR creators to watch due to the fact you’re not really sure of what her next video will be, allowing you to enjoy her content over and over again.

Creators that use the same triggers can get boring but also their work isn’t as effective because your ears get used to such triggers.

Due to all of these things, it would make sense as to why she was one of the most enjoyed ASMR creators at one point, though now she is probably watched by her local fans for nostalgia purposes.

So, if you’re coming to this post for nostalgic reasons or perhaps you’re curious as to who exactly Victoria Sponge ASMR is, then keep on reading as I’m going to get into some verified details about her.

Which as I always say time and time again, it can allow you to become more connected with the person on the other side of the screen, allowing you to enjoy their content much more.

(I always have a recent videos section on an ASMR creators page, I guess recent videos probably isn’t the word here for this particular ASMRtist.)

What is Victoria Sponge Real Name?

From what I can find online, form her channel as well as comments that her fans have left – as well as the way in which they refer to her as.

Her real name is in fact Victoria, though as you may be able to figure out for yourself, Sponge isn’t her last name – it might seem silly to make you aware of this but trust me, some people believe anything.

Victoria Sponge is obviously a type of cake, perhaps her favorite sort of cake and that’s why she goes by this name online.

How old is Victoria Sponge ASMR?

Unfortunately for this part, I can only speculate just how old Victoria Sponge ASMR really is, since she hasn’t revealed this sort of information online just yet.

This is understandable because really, it doesn’t matter how old she is, all that matters is that she creates (or once created) awesome ASMR for her audience to enjoy.

With that being said, I can probably put a decent guess to her age judging by the way she looks as well as how she presenters herself in her videos.

All things considered, I imagine she is probably in her earlier 20’s perhaps pushing her late 20’s at this point (since the only information I have is videos from 2 years ago, she has obviously aged since then).

How much does Victoria Sponge ASMR make?

ASMR Victoria Sponge is a sad story for anyone interested in making money online within the ASMR community – though this shouldn’t be the main focus of course, as helping people with their issues will net you a far greater profit for your soul.

But regardless of that, for those of you interested, it can be quite saddening to know that Victoria Sponge ASMR was on the brink of making really, really good money from her ASMR YouTube channel.

The sort of money that could really change her life, if she just stuck to it.

Now, of course, I have no idea as to why she may have quit making videos for her subscribers for the time being, and she has every right to dip out if she feels like it.

But if she had kept it up, she could be making the sort of money Gibi ASMR and ASMR Glow rake in every month.

Due to the lack of videos and seemingly the lack of upcoming videos, it’s hard to put a number to anything.

Though I do suspect she has probably earned just over $10k+ assuming every video on her channel has been properly monetized.

As I said, this is just a fraction of what she could really earn from her YouTube Channel if she begins to upload videos to it once again.

I suauslly like to finish of with this sort of thing so that you can go out and find your faovurite ASMR community on the many other social platforms avaliable.

Doing so will allow you to build a connection with someone who helps you get to sleep every night, this will then further enhance just how effective their ASMR is since now you will have a stronger and personal bond from consuming their content every day.

The only problem is, if you’ve been following along with the post, she doesn’t really have an online presence anymore.

All I can really find his her Victoria Sponge ASMR YouTube Channel, it really seems like she either deleted all of her social media or never had them in the first place.

This is a real shame, so for now, you’re just going to have to binge what her videos and perhaps in the future she’ll come back, create more ASMR videos for us, and start interacting with her wonderful community a little more.

Victoria Sponge ASMR was one of the best and most entiraitnig ASMRtists we had on the platform just a few years ago.

Now we can only watch and remsines about the awesome times we had watching her videos, the enjoyment she brought us as well as the coforting feelings that followed.

Perhaps she will make a return one day, but hopefully this geninune soul finds her feet with whatver might be going on behind closed doors and grace us with her ASMR once more.