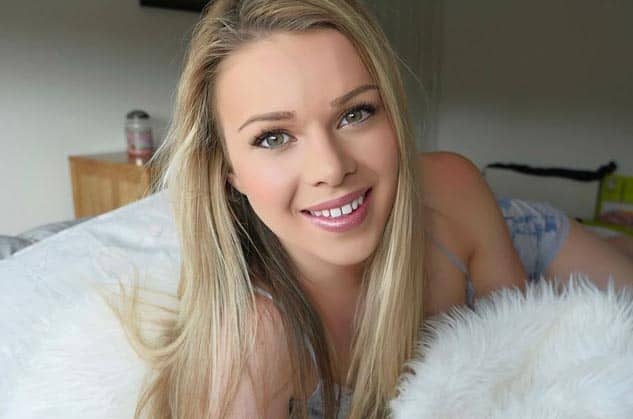 To me, Scottish Murmurs ASMR is one of the most popular ASMR channels on YouTube in the sense that I feel like everyone knows she exists, just as much as everyone knows Gibi ASMR or ASMR Darling exists.

Though saying this, she is nowhere near as popular as the last two channels I have mentioned, for whatever reason that may be.

For me personally, I know of her channel but I never find myself watching her videos – perhaps there is an underlying reason for that but I’m unsure as to what that is.

Maybe it’s because of the accent, the Scots accents can really be hard to keep up with, even for a native English speaker – and one might even say they are not that relaxing to listen to.

There is certainly an audience for it though, as Scottish Murmurs has found for herself online.

But you’re not here to learn about why it is I may not watch her content, you’re here to learn more about one of the most popular ASMR channels on YouTube – Scottish Murmurs ASMR.

And perhjaps this article will serve as a way to direct more traffic to her ASMR channel but regardless of what I think of it, she is still ovbsiouly one of the best ASMRtists on the platform.

What is Scottish Murmurs Real Name?

Finally, an ASMR creators that I can easilyt write about when it comes to more personal infomraiton about them – though this is the online age so nothing seems to be personal anymore, things like names are usualy really easy to find out.

But a lot of ASMR creators seem to hide these sorts of details, behind their online persona or even along with their face too.

So, Scottish Murmurs real name is in fact Lauren.

Coincidentally she shares her first name with another popular ASMR creator in the community – ASMR FrivolousFox.

As for her last name, I have no idea currernetly.

But at least we have her first name, and information like that is important especially when people watch her content since as I’ve said many times, its about building a bond with an ASMR creator so that you can enjoy their videos to the maximum.

And knowing a persons name is the first step to forming such bond.

Where Does Scottish Murmurs ASMR Live?

Well, her YouTube name is a pretty decent give away as to where she originates from – the United Kingdom for those of you wondering and obviously that would be Scotland more specifically.

Now, does she still live there?

Well as far as I know, yes she does, as she often collabs with another British ASMRtist who goes by the name of Creative Calm ASMR – who herself lives within the UK herself – so they must live fairly close if they in real life collab together.

Sort of a fun mention; I actually don’t know any other ASMR YouTubers that actually come from Scotland, or any other popular YouTubers on the platform for that matter – regardless of what sort of content they produce.

This is probably a pretty proud achievement for Lauren, who most definitely has one of the largest YouTube channels within Scotland.

How Much Does Scottish Murmurs ASMR Make?

It is pretty much impossible to find accurate numbers as to how much any YouTube content creators make on the platform unless you were somehow able to get that information directly from the YouTuber themselves – but if you know anything about people, we don’t really like to reveal this information.

Especially to ‘fans’ of ours, as it just looks like we’re flexing on the people that made us, which trust me, that is never a good look – and you’ll probably lose viewers if you ever revealed such information.

But, there is an alternative way, I can pretty much figure out just how much Scottish Murmurs ASMR has made from her YouTube channel thanks to other data online – as well as my own experiences with the YouTube platform and other Google-owned social sites.

So, based on her YouTube statistics – uploading 370 videos and accumulating just under 60million views since her channel creation on July 18th, 2016 – I would estimate that Scottish Murmurs ASMR has earned around $60k from her YouTube channel.

This would also assume that almost all of her videos have been monetized when they have been uploaded, which is probably the case with Laurens channel, as she has pretty family-friendly ASMR bar a few videos that learn more on the side of NSFW.

Though we didn’t talk about it much, Scottish Murmurs ASMR has other social platforms that you can follow her on if you want to indulge in some more of her content, perhaps bold more of a bond I was talking about in the first couple of paraphs of this post.

Here is the list of all the social channels I could find;