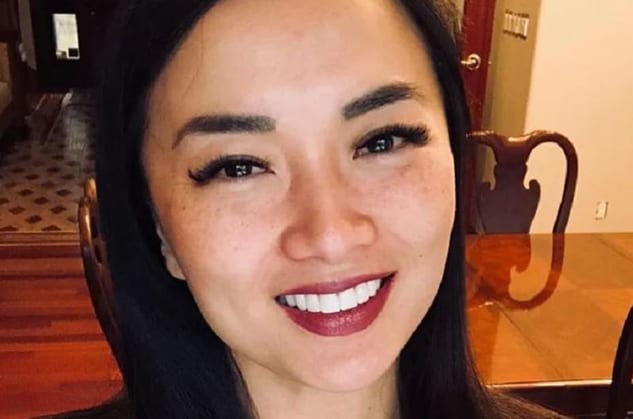 SAS ASMR was born on the 20th of July in 1982 somewhere within Thailand.

Making her one of the oldest ASMR creators from the ASMR community, but she is also one of the most popular.

Even when compared to the likes of Gibi ASMR and FrivolousFox ASMR, who are arguably more known publicly but have a far smaller subscriber count.

Before starting the SAS ASMR YouTube Channel and soaring to ASMR YouTube Fame, SAS Worked as a bartender in Canada.

She then decided to get into ASMR for the same reason as other popular ASMRtist do – it helped improve her sleep and day to day mental state significantly.

After a lucky break with her very first ASMR video going completely viral, she focused plenty of her attention on the similar style of Mukbang content, a smart move from her as it has allowed her to generate over 5 million subscribers and over 1 billion viewers since then.

Because of her heritage routes in North-East Asia, she was able to explore many different cuisines that we’re unfamiliar to a lot her views, which drew in a larger audience because of their initial unfamiliarity with the dish.

In this article, we will cover many FAQ’s about SAS-ASMR so if you’re wanting to feel closer and on more of a personal level with someone you watch on a nightly basis, then keep on reading!

What is SAS ASMR Real Name?

her video is actually common knowledge, and you might be surprised when I tell you because it’s a little weird.

But you have to remember, she’s of Thai descent, so they don’t have boring names as we do here in America, like Ryan or Bethany.

it’s already in her channel name but because it doesn’t sound like a real name, you wonder have though it to be hers, it actually is!

Her sister’s name is actually “Sissy” for those of you who are wondering.

AS for her last name, I have no idea and I don’t think anyone really does – though maybe it’s actually “ASMR”?

But maybe she’ll get it changed to that, as a way of thanking her success due to this new age phenomenon I and the rest of the community can’t get enough of.

If you’re looking at this piece for later in our timeline, then you may have to calculate SAS ASMR age for yourself, I haven’t quite figured out how to automatically update it just yet!

Though I’ll try to update this every year, just a warning for you all!

Where does SAS ASMR live?

She currently lives somewhere within Canada, which is where she moved to just after she was born in Thailand.

Though the actual location is unknown, for good reason too since I’d imagine a lot of her fans would really love to go see her, I’d be willing to bet she lives in a very luxurious place within the borders of Canada.

As she has earned a significant amount of income since her ASMR channel first launched way back in 2016.

But we’ll get to those sorts of details in a little more in-depth later on in this article.

Its sort of a weird question people have, since she’s posted so many videos on YOuTube you’d have thought people knew what SAS-ASMR face looked like but apparently not.

And on another note, you can imagine why there is so much interest, one reason being that she creates ASMR, so its a very personal experience and you almost just want to know what she looks like so you can put a face to a person that works wonders on your mental attitude.

Not to mention, most of her videos you can only see her mouth, and the rest of her face is usually off-camera – which is why many people probably wonder what SAS ASMR face actually looks like.

You’ll probably recognize her lips, but this is in fact SAS ASMR in the flesh!

Now you know the pretty face behind the mouth that gives you ASMR tingles and puts you in a far better mood on a nightly basis.

It’s almost impossible to put a number to any YouTuber’s earnings since it depends on a lot of things that a lot of the consumers of their content are unaware of.

Firstly it depends on what sort of ads are getting shown before, during and after the videos as well as any other sponsorship deals she may take on for the purpose of third-party advertising.

But, due to having one of the highest subscribers and viewership counts from the ASMR community, I can probably take a solid guess as to what SAS has earned over the course of YouTube career.

Not including her vlogging channel, SAS ASMR net worth is around $3.5 Million and that is only growing as days pass.

With more uploads and skyrocketing subscriber numbers throughout the next couple of years, you could imagine this number doubling and even tripling if she keeps up the great work.

This number doesn’t count her other channels, though you could imagine these add plenty of more cash in her bank account month on month with the work she puts in.

Find SASASMR Elsewhere on the net

Even if she does have a large subscriber base on YouTube, SASASMR also has other social channels that a large portion of her SAS u tube channel fans don’t know about.

Following her on these channels will allow you to connect with her even more and even see exclusive content that you probably won’t be able to find on her YouTube Channel.

If you’re wanting to find more content from her, beyond the SAS You Tube channel, then check out the links below;

By know, you should know plenty more about SAS ASMR, one of the best and most popular ASMR content creators that we have within the ASMR community.

If you’ve never watched ASMR SAS content before, then you’re in for a treat, though it is generally an intense experience since she specializing in eating content – which comes with a lot of mouth sounds.

She has pleased a wide range of ASMR users over the years she has been active, so I think this is more than enough evidence to show that she creates some of the most relaxing and tingle inducing content in the community.

I encourage you to go try her out and allow this wonderful woman to work her magic on you as she has with me and many, many other people from the ASMR community.