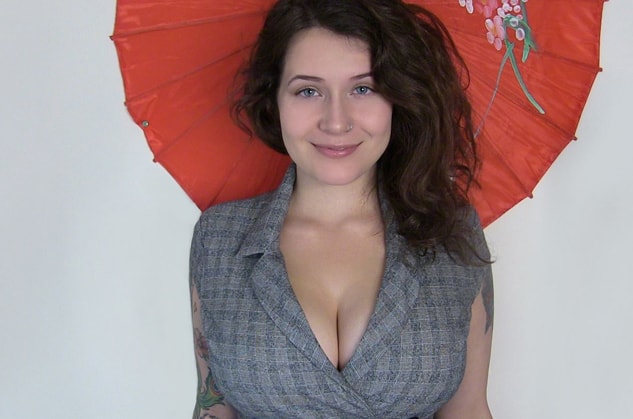 Just like the last few ASMR channels I have written about, such as ASMRbliss and ASMR2n4, little Clover Whispers is an ASMR channel that is dedicated to up close and personal ASMR – allowing the viewer to get a feeling of not being alone for a short while.

Although I’m unsure as to how old she is, I can confidnetly say that she was brough up and still currenetley lives somewhere within Canada.

Just like many of the creators I have spoken about on this site, Clover was first inspired by the ASMRtist she watched who allowed her to get some form of comfort our pleasure from the content – thus inspiring her to create her very own YouTube Channel under the name Little Clover Whispers.

I don’t watch much of Little Clover Whispers content, since most of the time I watching ASMRtists like ASMR Glow or Madi ASMR, I do however have friends who enjoy her content who pushed me to create this content piece.

So, whether you’ve heard about her or not, let’s get into a little bit more about her, perhaps this article can serve as a way of convincing you to check out some of her highly rated ASMR content in the near future.

I’m currently unsure as to what her real name officially is, and so is everyone else in the community as she mainly goes by her full online persona name ‘Little Clover’.

Though there is a possibility that her actual name could be Clover since it is possible to be a girl’s name.

Since I’m not unsure, don’t take my word for it, perhaps in the future, she will reveal her full name but I can’t see that happening any time soon since her entire online business is around this persona so there would be no reason to bring any other name into the limelight.

How old is Little Clover Whispers?

Just like her real name, her exact age is unknown, though because of the lewd content she posts on her other social accounts – we do know she is at least 18 – so thats someething.

From pure observation only, I’d think she is in her late 20’s pushing 30’s at this point, since she seems quite mature and very grown up when I look at her.

She always gives off that big sister vibe in her videos, so that’s why i put her at an older age.

This is also perhaps why a lot of people enjoy watching her content.

Where Does Little Clover Whispers live?

As I’ve said at the start of this article, Little Clover has confirmed on many of her social platforms that she comes from Canda and still lives there to this day.

I am unsure which city she lives in but at the very least we know something about this mysterious ASMR creator.

How Much Does Little Clover Whispers Make?

Now the answer you’ve all been waiting for, how much exactly does Clover make?

Well, as always, I like to look at the other creators on the platform who are not only within the ASMR community to properly calculate and guestimate how much she has earned – because these sorts of numbers can only be seen by her – unfortunately.

So there is a lot of guessing but calculated guessing involved.

She gets a fair amount of views on her channel, despite her only having just under 75k subscribers.

Let’s say she averages 80k views per video, I would guess that she has earned about $60k in her last 4 years on YouTube, which sounds like quite a small sum when you learn that this is her full-time job.

But you see here, this is just a steppingstone for Clover, and is just one of the few tools she has used to generate income online for herself.

To see where she gets her real money from, you’d only have to look at her Patreon and other subscription sites to see how much she is really making.

From my limited knowledge of the other sites she uses to generate her income, I would still think she earns upwards of $10k a month from her subscribers – which is a really great sum for anyone working for themselves.

If you want to about the other sites she posts on, and how you can spend your hard earn cash to get some exclusive ‘rewards’ from Little Clover Whispers, then check out the links below.

As I’ve mentioned earlier, Clover makes a lot of her money from the other social platforms she uses, some are free to connect with her such as Twitter and others you need to pay a subscription to see what she’s up to.

Feel free to check those out here;

As I always say, if you’re watching an ASMRtist religiously, then it might be a good idea to connect with her on other social platforms so you can feel a little more closely with her – this allows you to enjoy the content they make for you even more because your trust levels will slowly rise the more content of hers you consume.

As I mentioned at the beginning, I don’t watch much of her ASMR content, though a lot of people do (especially my friends) so there must be something likable about her.

Hopefully, this article served some purpose in the form of perhaps showing you your new favorite ASMRtist – I think I might go check out some of her videos right now to see what all the fuss is about!