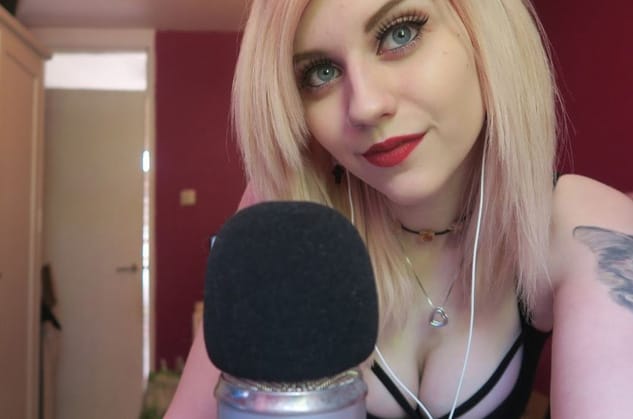 An audibly and visually interesting ASMRtist that I want to show you today is ‘ASMR is Awesome’, who specialize in a lot of different types of ASMR which can soothe the soul and help one fall asleep much easier.

But with ASMR is Awesome, you will find a range of video types that will be able to settle the needs of any ASMR watcher.

ASMR is Awesome has been posting to her channel for a while, just over 3 years in fact; and has accumulated nearly 30k subscribers thanks to the wonderful ASMR she creates.

She may not be one of the most popular ASMR creators on the platform but that does not mean that she lacks any kind of quality when it comes to the videos she creates.

In fact, she is slowly becoming one of my favorite ASSMR creators due to the wide range of videos she has available for her subscribers – meaning no matter what mood you’re in, there is always going to be something for you.

In this article, I want to cover all the basics of ASMR is Awesome and hopefully this way I can introduce you to another of the ‘awesome’ ASMR creators that we have in our community.

What is ASMR is Awesome Real Name?

I’m not sure if she’s revealed this information anywhere (since I can’t find it through her official social media).

Though I have actually found it on an old twitter account she was running, perhaps she just forgets the password for it – since it is actually more successful than the one she has now.

Regardless of all that, ASMR is Awsome real name is in fact Jess – though her official name might be Jessica I am unsure of this currently.

How old is ASMR is Awesome?

The face behind the YouTube channel ASMR is Awesome, Jess is aged around her mid to late ’20s, based on the maturity of her content as well as going based on how mature she looks.

She has also been on the internet for many years and has appeared in videos with the likes of Yamimash who was once her Boyfriend.

When you take into account that Yamimash himself is 28 years old, that would probably put Jess in about the same age range.

So again, I have no real confirmation of how old she is, but by this logic she is well on her way to the big 3-0, making her one of the oldest ASMR creators on the platform…

Though she is not old by any means, creators just seem to start this line of work at a very young age – probably because of that’s when they first expose themselves to this type of content when they initially use it to help them with any sleep or relaxation issues they may be having.

Where Does ASMR is Awesome Live?

From her background as I’ve discussed a few paragraphs back, ASMR is Awomse actually comes from the UK – which is a little strange since there are hardly any popular ASMR creators in the community that come from there.

Even when you look at the bigger scope of YouTube all of the ‘best’ YouTubers come from somewhere within America or other countries in Europe, but never in the UK.

Though this isn’t really a problem, just an observation I have made during my time on the internet.

I have no idea which part of the UK she lives in, though I imagine its probably somewhere down south as this is a richer part of Britain and one that has more favorable living conditions for those who have money than it does up north.

How Much Does Jess Make?

As I always say, it’s hard to put a number on these sorts of things because a lot of assumptions would have to be made with the sorts of videos that Jess has posted to her YouTube channel.

Firstly you have to assume that all of her videos up until now have had proper monetization on them – meaning they would have been monetized 100% of the time which they have been live.

Secondly, I can’t really say how much any of these ASMRtists gets paid because I can’t go in their dashboard and look for that sort of thing – so I have to make assumptions based on the information which is out there.

Jess has accumulated nearly 28k subscribers for her ASMR Youtube channel, though these won’t bring money in alone – rather the 3million views she has managed to rack up thanks to the videos on her channel.

From my understanding of the YouTUbe system, I’d wager than she has made around about $30k from her ASMR efforts and will continue to earn more as long as she pumps out this wonder ASMR content for all of us to enjoy.

To touch and something away from her ASMR channel, she also has a Patreon as well as a gaming and vlogging channel that will net her even more money; though not speaking about the monetization of these rather I’m letting you know another way you can consume her content outside of her ASMR channel.

As I touched on in the last paragraph above, it is important because to digest as much of the creators content as possible, even outside of the ASMR sphere as its a great way to feel much closer to a person

Allowing you to appreciate them more and building up a level of trust that can really impact how much you can enjoy their ASMR.

Check out all of her socials here:

Jess is one of the most diverse ASMR creators on the platform, if you’re looking for someone who uploads a wide range of ASMR videos that can make you relaxed and feel good about yourself, then I suggest you look into ASMR is Awesome.