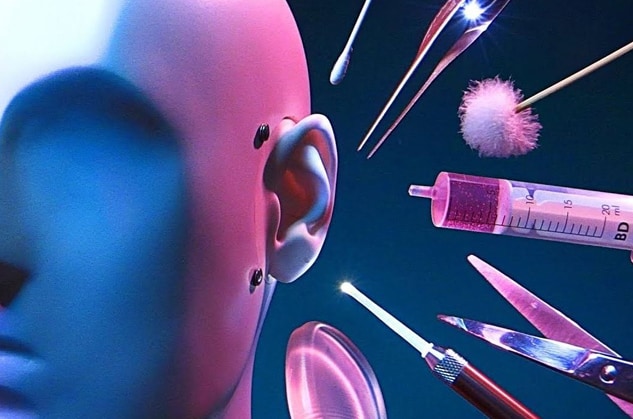 Since its recent popularity over the past couple of years, many people outside of the ASMR community as those who are within it; what does ASMR mean exactly?

Well, let’s try to answer such a question; here is the answer to what does ASMR mean…

Firstly, ASMR is an acronym for Autonomous Sensory Meridian Response.

It is understood to have been around since the very dawn of time, but it has only been recently accepted as an occurrence in the past few decades.

To get into the meaning of the long-winded word of ASMR – Meridian refers to a high point in excitement referring to energy flowing through the body – hence the tingly feeling in one’s scalp or lower back area (although it can occur in other places).

Autonomous specialized meaning refers to the involuntary psychological response to something that you have witnessed; whether visually or audibly – this occurrence affects body function similar to what you will find when you feel sexually aroused.

NOTE: Being sexually aroused through the use of ASMR is actually not that uncommon, there is ASMR specific for this. So do not feel bad if you either use or feel this way when watching ASMR videos whether on YouTube or elsewhere on the internet.

Although to contradict that note, ASMR is generally a nonsexual response that a person has – since its more of a feeling of satisfaction or soothing. Similar to the way you’d feel receiving a massage.

Despite that, I do not think it’s uncommon to also feel aroused either – depending on the type of content you are watching.

In fact, I can imagine you could feel both satisfyingly aroused (the typical ASMR feeling) and sexually aroused if you were truly into the roleplay, personal attention or whatever else the content you’re watching may be.

Where does ASMR come from?

Following on from what does ASMR means, I want to let you in on where the term ASMR comes from.

There may or may not have been a particular word used in the past (long long ago before the internet) to describe the sensation but such an idea is unclear due to the lack of research.

However, I am lead to believe that the original acronym ‘ASMR’ was coined in 2010 by a woman named Jennifer Allen.

She ran across a group of like-minded individuals who had experienced the sensation only she thought was unique to her (since its generally nothing something you’d talk about or could even articulate to someone who has never experienced) on a forum.

She created a Facebook group of her own called Autonomous Sensory Meridian Response Group – believing that these words captured the true characteristics of what the experience felt like – it stuck with the community ever since.

Since the sensation of ASMR feels so good to those who have experienced it; it would then come as no surprise as to why many years on ASMR are still talked about and created all across the web.

I’ll try to explain what It feels like to have such a response if you haven’t yet been fortunate enough to get the tingles everyone in this community talks about every day online.

From my experience and from what many others have experienced within the community, the response starts at the top of the scalp can ‘trickle’ down the spine.

Typically there is no one thing that triggers such response, everyone reacts differently, whether that’s down to them enjoying a certain thing – for example, I am much more pleasured at visual triggers such as Bob Ross ASMR (although this does include audible sounds the visuals of him painting are way better for me)

There is not enough research as to why we react differently although I suspect it can be something to do with past experiences; just like when you feel a certain type of way with a song that plays on the radio, perhaps bringing back an old memory whether good or bad.

ASMR can bring about an experience you once had as a child, whether that’s having some personal attention from a creator that you haven’t had since you were young or a crinal nerve exam you may one of had in the past brings about a certain type of feeling reliving it again through a YouTube video.

ASMR does not simply have to be felt through a YouTube video; rather these Youtube supply a way of receiving the feeling that one may have once had.

Sometimes described as a brain orgasm, people (such as myself) can feel this going about our day to day life.

It has occurred to me a few times if I am at the salon and my hair is being washed with shampoo, the sounds and feelings of the experience bring about the ASMR feeling – which is far better than watching a YouTube video because you get to actually experience the treatment as well as the tingly feeling.

Generally, ASMR is brought about due to the feeling of intimacy between you and another person.

Hence why I might feel the tingly sensation when I’m at a hair salon because generally, these appointments are between someone else and me.

I almost feel appreciated by them because of how they are taking care of me; this makes sense as to why ASMR is so effective even in YouTube videos because generally, the experience is you and the ASMRartist (if you can look beyond the fact that many other hundreds of thousands of people are watching at the same time) alone in the comfort of your own home.

What Does ASMR Mean – To Summarize

Despite the lack of scientific research, it is crazy how small a Facebook group managed to start a trend that would in the future help people with sleeping issues, anxieties or depressive periods they may be having – and a whole host of different mental issues.

Now that we have answered your question on what does ASMR mean, as well as where it comes from and what it feels like, I encourage you to go watch some ASMR videos for yourself.

Go find out what makes you the most comfortable and perhaps you too can get the feeling everyone in our ‘little’ community can’t stop talking about.