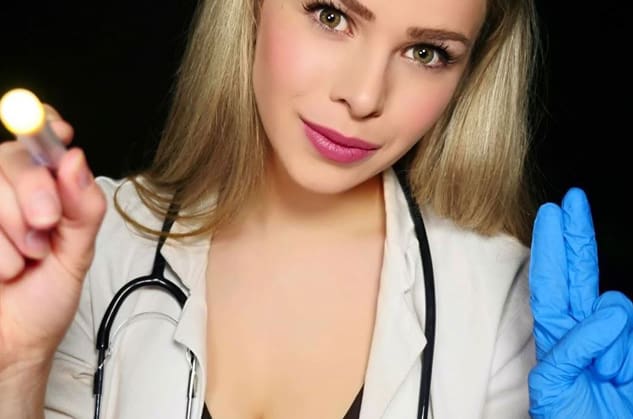 You may have watched or heard about ASMR on YouTube, plenty of it fits within the category of intentional ASMR – since its being purely made for people to experience tingles on demand – typically by creators that refer to themselves as ASMRtists.

But there is also another trend going around with ASMR, and that is unintentional ASMR.

These videos can be snippets from your favorite Harry Potter films to your favorite artists; for example – Bob Ross painting a masterpiece with only a knife and a paint palette in hand is a great piece of unintentional ASMR.

Before we get into the Top 8 Best Unintentional ASMR Videos; I want to make sure you understand what it actually is unintentional ASMR and why it has become another form of ASMR that is so popular on YouTube today.

What is Unintentional ASMR?

But why has it become such a phenomenon on the internet today?

We’ll since the ASMR community has been rapidly growing over the past couple of years, most of the ASMR videos you will find on the internet today have all been made with the purpose of ASMR in mind – giving the users tingles – so this is something that you’d expect if you click on one of these types of videos.

Assuming you don’t already have tingle immunity that is.

The best part about unintentional ASMR is that you are not sure when or even if you’ll be affected by it, and also videos like these are unplanned in terms of giving viewers tingles…so they appear to be more authentic and in a way more enjoyable.

Because you don’t know what will happen next.

A wonderful artist and loved by almost everyone online…but why?

Well, I’d like to think because of his calming voice.

That same calming voice that could and probably will be responsible for giving you tingles if you’ve ever watched one of his videos.

If you look at it this way, you’re almost getting more out of watching his videos than anyone else because you get to watch a wonderful painter do his thing whilst potentially being subjected to the tingles we all crave.

As I said early, this is just a lot more authentic than the ‘forced’ ASMR videos you will find on most of YouTube (this, however, does not makes these types of videos bad, it’s about preference, as always.)

On top of all this, if you’re someone who enjoys visual ASMR as much as I do, this can also be another layer on top of the experience.

Since there is something so mesmerizing and soothing to watch a man so passionate about his craft to create a masterpiece right in front of your eyes.

If this type of ‘ASMR’ is something you think you might be interested in, I have created a list of my top unintentional ASMR videos that never fail to soothe me to sleep.

Kicking off things with a classic in the unintentional ASMR world and a guy who I have already mentioned; Bob Ross ASMR.

That’s right, that once great artist that you may or may not have seen on your very own TV screen is somewhat a pioneer in unintentional ASMR…and he didn’t even know it – and nor did most of us till very recently.

I suspect it all started when Twitch featured his entire catalog of videos to the world on their platform, introducing him to many people who may not have known about him beforehand (such as myself) which put him in the spotlight in front of hundreds of thousands of new faces – people who had not yet experienced his soothing voice and the visual quality of his paintings.

As we learn more about ASMR – we know that audible and visual triggers go hand in hand, and he had them both in sync beautifully.

Here is my favorite Bob Ross ASMR Video which you just have to experience for yourself tonight to find out why he has such a cult following online:

Another sort of unintentional ASMR video that is in the same vein as Bob Ross ASMR is this Welshman stone carver.

He has both the visual and audible appeal that Bob has from the activity he is doing as well as from the words he says; describing what he is actually doing in a calming and interesting manner.

Typically though with ASMR, you do not care what the person is saying, its more about the sounds they are making from the activity they are doing or the way their lips clap together to make words.

However, this guy is super interesting, since you’re learning whilst watching; so I’d recommend listing to this if you’re wanting to relax but also wish to learn something new – something you may not necessarily learn otherwise if it wasn’t for the unintentional ASMR he creates.

Cranial nerve exams are popular anyway when it comes to intentional ASMR videos in general. I think since its a mix of all things that are great about ASMR; personal attention, audible ASMR and visual ASMR.

So it should probably come as no surprise that a real-life cranial nerve exam would be a great way of getting you to fall asleep at night.

This is one of the obvious ones I feel when it comes to unintentional ASMR since they get re-created all the time to be intentional, but it fits this list because the purpose of this video was no doubt for informative purposes; not to help you drift off to sleep.

This one’s a little strange, even the concept is a little odd – I’ve asked myself why the hell would anyone even record themselves making a sandwich but honestly – I’m glad someone did because this is the perfect unintentional ASMR.

The only problem here is that it gets you hungry watching this man make the perfect sandwich. So a word of warning, make sure you’ve eaten before watching this video or your mouth will be watering.

He talks his native language now and again, which can catch you off guard a little but it makes the video that much better – especially if you’re into unpredictable ASMR.

To summarise as someone has said in the comments;

This video is so great but why does it exist?

My thoughts exactly, but it does, so enjoy it here:

All of the previous videos in this list contain both forms of visual and audible ASMR. However this one does not, but it is still worth a watch in my opinion because by far he has the smoothest voice in all of the unintentional ASMR videos I have watched and listed in this article.

John Butler sits down with a guy to talk about his spiritual awakening and how he is intertwined with nature – mentally and spiritually.

Butler has by far the best voice in this video; the other guy’s voice is not nearly as soothing as his so that can be a little off-putting.

I wouldn’t recommend putting it through your earphones if you’re trying to sleep but if you at least want to relax whilst listening to something you wouldn’t usually listen to; just like the welsh stone carver – then this should be one of your go-to videos – as it is one of mine.

Now cats aren’t really my thing, I consider myself to be a dog person If I’m completely honest.

However, this cat care video is super soothing.

From both the veterinarian and the calm cat together, I can see why people have enjoyed this video as it contains both visual and audible ASMR triggers – which seems to be a common theme with unintentional ASMR videos.

Additionally, since I bet many of you have cats yourself, you can more than certainly learn a thing or two whilst watching this video – allowing you to get information from the veterinarian that could be useful in the future for your very own cats whilst giving you the ASMR feeling you love.

Best of both worlds really.

Now this one’s a little short compared to other videos on this list, but I still think it’s a great one to point out.

And it’s also a little different to the others; probably in the same vein as the sandwich creation video – I’m not sure why it exists but it does.

If you don’t mind listening to someone speak another language, then this will be soothing for you – all though I can understand that sometimes videos aren’t enjoyable if you’re not sure what is being said (without reading subtitles of course).

The concept of a pen shop is a little strange to me; since usually I would buy a pack of biros and call it a day. But something like this is actually very interesting to watch anyway; the effectiveness of ASMR feels like a bonus here.

If this sounds intriguing, check out the video here:

Yeah, this sounds very strange even when you compare it to the other videos on this list but you’re just going to have to try this for yourself.

I’m not sure if it’s considered a ‘thing’ but there seems to be a whole channel dedicated to ASMR bricklaying so there must be some form of demand for it.

It’s cut up really well so any loud noises have been edited out, but this was is really intriguing.

It contains those satisfying visual triggers you might find in a Slime ASMR video due to the way they use the cement to lay their bricks.

Assuming you already know what ASMR is, unintentional ASMR might be more your thing since it contains a natural feel towards it which hasn’t been forced out by a dedicated ASMRtist.

On top of this, you will also find that you’re going to come across some very quirky yet interesting topics – topics you may not have wanted to look into previously.

Who knows, if you give them a chance you might even learn something whilst letting them work their ASMR magic on you.

As always, I encourage you to go try these videos for yourself tonight if you’re wanting to experience something new and perhaps give yourself a new outlook on ASMR.