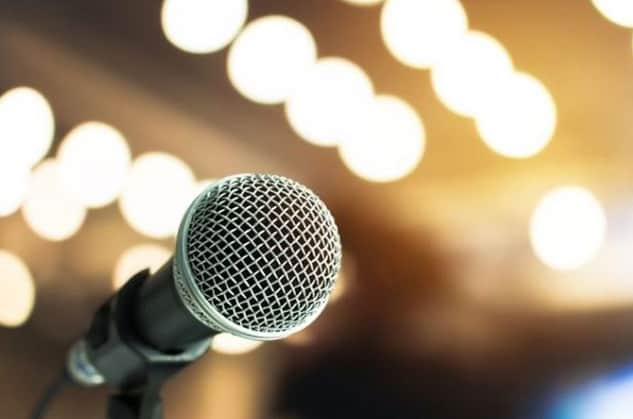 Soft spoken ASMR is featured in plenty of ASMR videos, even ones that aren’t really dedicated to this trigger – since it’s just talking, it can feature in any of the popular ASMR triggers out there.

Whether that’s ASMR tapping, ASMR scratching or an ASMR roleplay.

No doubt you will have heard the sounds of soft-spoken ASMR by now, though you may not have realized what you were listening to since it’s just a standard trigger throughout ASMR.

The opposite of this ASMR trigger is probably ASMR whispering, as its a lot softer and compliments delicate triggers better than soft spoken words do.

Though it’s still a great trigger none the less and one that many prefer over breathy whispers.

Enough of the chatter, let’s get into some of the best ASMR videos that include the ASMR soft spoken trigger I am talking about here.

You’ll be able to see the difference as soon as you watch one of the videos, if you’re still unsure how it differentiates from ASMR whispering then I’ll be explaining it as we go through these videos.

For this first video, I want to show you an ASMR roleplay which is in the scenario of a hearing test from a nurse – as this displays soft spoken ASMR in an interesting way.

In my opinion, purely whisper or soft spoken ASMR based videos can get a little boring since the entire video is just talking – which depending on what you’re looking for, can get pretty old quickly.

Unless you want to have some form of personal attention experience, then they are more than okay for this – and is the main reason as to why I may watch a heavily talking video.

Anyway, to get back to the video, you will immediately see the difference between soft spoken ASMR and whispering ASMR – it’s just a slightly harsher sound that comes out of Gibi’s voice.

I wouldn’t really describe it as a whisper, its more like they are speaking normally just in a light manner – as if you were wanting to comfort someone who is in need.

Which is what I feel when watching anyone that talks this way.

It makes sense here because of the nurse roleplay and so things don’t get boring, Gibi uses all sorts of props and asks meaningful questions so you can have a much more enjoyable experience.

A great video for anyone looking to find out watch soft spoken ASMR really sounds like – and those who also want to be entertained by it.

Here is another example of soft spoken ASMR that I think a lot more if you might like, in comparison to one of my favorite videos I previously linked.

This is because Glow ASMR has used the soft spoken ASMR trigger here whilst reading to you, especially bedtime fairytales which we are all probably more than familiar with.

As I’ve mentioned in the past, a lot of the enjoyment from ASMR is that it takes us back to relaxing times that we may have once had, specifically in our childhood.

And in this case, it takes us back to childhood times when we were once read to, which would help us settle down at night and allow us to get the sleep we need.

So we are almost reliving that particular memory here with this video.

The soft spoken trigger was probably also used unknowingly by our parents when they once read to us, so this brings us even closer to reliving this relaxing scenario.

With natural sounds throughout, like page-turning and paper sounds, there is more than enough content here (over 2 hours) that you will easily fall asleep to the beautiful sounds of a soft spoken voice reading you your favorite bedtime stories.

This next video is a lot less structured mainly because she’s just rambling but also partly because its Goodnight Moon, and that’s sort of her thing to be unpredictable and weird – which makes her ASMR so entertaining.

In this video, she is needle felting, which I have no interest in but as we’ve discovered before it actually is really enjoyable watching someone perform a task that they love, dedicating all their concentration to it.

It’s also cool to see a product from start to finish take form right in front of your eyes, which is just an enjoyable experience within itself.

If you’re looking for something a little more entertaining, unplanned but still includes the soft spoken trigger that is featured in this blog, then this will be the best video for you.

If you’re searching for an ASMRtist that’s a little different but far more entertaining, or at least displays your favorite ASMR triggers in a new and interesting way, then I’d check out Goodnight Moons YouTube channel for more videos like this.

You probably get the gist of what soft spoken ASMR is all about by now, but I’m still going to go ahead and link some of my favorite videos if you’re unsure what is best to watch.

This next video is from one of my favorite ASMR creators, FriviolousFox ASMR.

In this video, you will see her try on many pairs of glasses, sort of a try-on haul that you may have seen other creators on the platform do with their clothes – but of course, this is in the style of ASMR.

This is sort of like a rambling video, though she’s talking about the glasses she is putting on as well as which pairs she likes – so it has a bit more of a direction than the last video I linked which was mostly rambling.

An entertaining video overall and one that displays the ASMR soft spoken trigger perfectly.

I’d recommend this video to anyone looking for a relading experience, perhaps if they just want a break from their studies or they want to watch something relaxing before bed.

Probably not a video you’re going to want to put on if you’re super tired – since a lot of the enjoyment comes from watching rather than listening, and because you won’t understand what she’s talking about if your eyes are closed.

For this next entry, even though the focus point isn’t around the soft spoken trigger itself, rather it’s on the absolutely beautiful model which is receiving the massage.

I still think it’s a great example of this type of talking trigger we are discussing all through this post.

I don’t really have to say much about this video, as you’ll already understand what soft spoken ASMR content is now but it is a really head massage video that many of you might like to watch anyway.

In this case, the soft spoken words are just a bonus and add to the quality and the authenticity of the massage – since this type of vocal noise is what you expect to hear if you were the subject.

Final Thoughts on this trigger

Softly spoken words can be a relaxing experience, though I do prefer whispering, I can see why soft spoken ASMR in some cases is more favorable depending on the type of video the creator is wanting to make.

These are some of my favorite ASMR soft spoken videos that I have listened to over the years and I think you all can at least find one that you can enjoy tonight too.