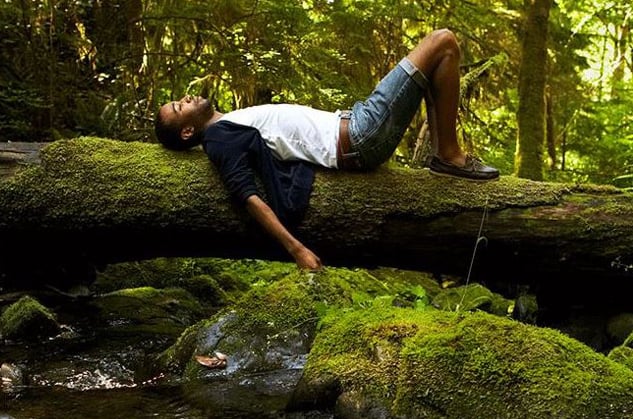 There are many types of ASMR videos that you could watch, for the purpose of getting tingles or just to be entertained.

Allowing you to pass the time and to even just push out the negative thoughts in your mind for a short period of time.

Though one of the best things about ASMR is the relaxing ASMR which you can watch which will help you get the sleep that you need or at the very least put you into a more relaxed state so that you can turn the video off, close your eyes and make your way to the dream world.

This sort of content is very specific depending on what sort of audio you enjoy listening too when watching relaxing ASMR content – typically I would be soft ASMR that you’ll like more.

Soft ASMR can be many things, but usually its a combination of slow ASMR triggers, a whispers voice and sounds that aren’t so intense on your ears but are soft enough to the point where they can make a difference.

Hypnotizing you into a better mood and ensuring that you get the feeling of relaxation.

As I’ve just mentioned, relaxing ASMR is very subjective, but I want to show you some of the most popular relaxing ASMR videos so that you can get an idea of what other people find relaxing.

Hopefully, this can lead you into finding content that is great for your own personal use or at the very least can influence you in a way that you are able to find content that you find helpful.

Okay, let’s get into some of the best relaxing ASMR videos on the internet.

ASMR Glow is one of my all-time favorite female ASMR creators, as I’ve mentioned many times.

Whatever she is doing in her ASMR videos, I will always be relaxed.

So she is enough for me if I’m honest, but in many cases, the triggers that she performed will matter whether or not you can get relaxed.

Luckily for you, in this video, her exact job is to make sure you’re relaxed using a combination of triggers that I find to be pretty soft in all cases – I really don’t think anyone could say otherwise.

With lots of closeup whispering which makes for some great personal attention ASMR – which is obviously deeply relaxing within itself.

I mean who doesn’t love to have all the attention on them after a hard day?

As well as deep ear brushing and face touching, which again, can be very personal as these triggers are so close to you, visually and audibly.

But I think the just creates an awesome relaxing experience that I’m sure you will love – though a lot of the enjoyment is from watching in my opinion.

So I wouldn’t recommend it to you if you’re someone who just listens to audio, although it is still a great video if you do this, you miss out on a let of the visual ASMR – for obvious reasons.

A lot of people find ASMR tapping to be a relaxing ASMR trigger, as do I, for many reasons actually.

Mostly because tapping is pretty consistent, so I can follow the audio in my mind – almost like I feel safe knowing that there isn’t going to be harsh noises suddenly, as all tapping pretty much sounds the same.

But on that note, the sounds aren’t too similar, they just follow the same pattern of identity.

In videos like these, you will see many different objects that Gibi taps, which can keep things flowing and makes the video less boring.

Which even if you’re not watching the video for entertainment purposes, it can affect how much you enjoy the video – if you get used to one type of audio, you almost just come immune to the noise.

To the point where it just doesn’t affect you anymore and you can almost not hear it – that sounds a little weird but it almost just becomes background noise that you don’t pay attention.

That can be a problem if you’re watching relaxing ASMR for the purpose of getting over any negative mental states you’re in, if you’ve got nothing to distract you from that then you’re suddenly back to being in your head.

So overall, I’d so this is a great video for anyone who just likes the simplicity of ASMR tapping, which I’d imagine that’s a large majority of you.

It’s not overly persona, beyond when Gibi ASMR is talking to you quietly.

So it’s a comfortable experience for those who feel a little uneasy with deep ear sounds and up-close visuals, like the last video I linked.

This video uses that satisfying element I’m sure you’re more than familiar with from the vast amount of videos there is on the internet.

You know the ones I’m talking about, the ones where it’s just someone performing some random task that is super satisfying to watch or when something is cut to perfection it slots into place.

If you’re not sure what I mean, then you’ll soon see why these types of videos are deeply relaxing when you watch the one above.

I’ve never actually heard of Sand Tagious up until about 30minutes ago when I was preparing to write this article, but I’m glad I found them.

Perhaps their content isn’t quite ASMR, it still has that satisfying and relaxing vibe which ASMR is able to give – so I’m counting it.

Honestly, if you’re looking for a deeply satisfying video that includes no talking, personal attention or anything else that could make you uncomfortable.

Then a video like this is going to be perfect.

Since it’s not focused on the ASMR creator and rather just the sounds which can be made with sound, then a lot more of you might enjoy it.

Again, a lot of the enjoyment comes from watching the video itself but I feel like there is still plenty of relaxing sound created where you could close your eyes and drift off to dreamland whilst listening to it.

If you’re sick of how short some ASMR videos are, not giving you enough time to feel the relaxing sensation that we all know ASMR can give us, then this next video might just be what you’re looking for.

With a bunch of relaxing sounds, like ASMR scratching, tapping and crinkling which go on for just a little under 2 hours, you’re going surely drift off whilst watching this.

The sounds which are being created can usually be quite intense, especially scratching and crinkling but since this video is focused on giving you a relaxing vibe any of the sounds you hear are so easy on your ears.

It can be quite hard to listen to something, nerving even if you’re unsure about what’s going to happen next.

But trust me, this video is perfect if you’re looking for a relaxing ASMR video to turn on whilst you get some sleep.

This is a video which I believe is perfect to turn on and then put your phone away, there are some visually pleasant elements but all the satisfaction – at least from what I found – was from listening.

So if you’re looking for another no talking video which focuses heavily on relaxing ASMR sounds, then I’d put this on your watch list.

Just like I’ve mentioned in the past with ASMR massage videos, watching someone else be put into a deep state of relaxation can rub off on to you.

Forcing you into a more positive and relaxed mood, which is a little strange but there really is some form of energy transfer that happens when watching someone else become relaxed.

That and I feel like you imagine yourself in their passion, imaging someone doing the relaxing things to you – which would obviously put you into a similar state.

Obviously, since this is a massage video, the ASMR is very visually appealing, there isn’t that much sound that is created.

So, therefore, it would be best to watch this video rather than using it as background noise whilst you close your eyes and drift off.

If you’re interested in this type of trigger as a whole, then check out my post where I discuss ASMR head massage videos a little more in-depth – and you might even find another video to put onto your watch list.

Relaxing ASMR can be a very subjective trigger since many people find certain triggers to be overwhelming and others find them to be soft.

This obviously then matters because some of the triggers that are considered to be relaxing could be too intense for you and potentially block you from feeling relaxed and comfortable.

With that being said, I feel like I have collected a great choice of videos, regardless of your taste in ASMR, that features some of the most relaxing ASMR triggers out there.

Feel free to explore each video and find out if they can give you the relaxing ASMR experience you are looking for.