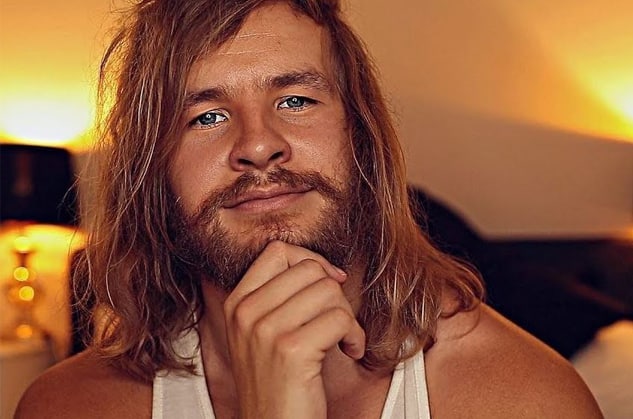 I’ve recently gone over some of the best female ASMR creators from the community in a previous article.

Today I want to cover their male counterparts as there are also so big male names in this space which are just as liked and appreciated as female creators.

Now if you’ve read anything on this site, you’ll know I prefer female ASMRtist as generally their voices are much more soothing to me and I feel far more comfortable listening to them.

So my watch time with some of these male ASMR creators is very minuscule, but don’t worry, a few of my ASMR friends have helped me out with this one.

So a lot of the recommendations that you will see here have come from other people but from my new-found knowledge thanks to my friends, they are recognized as some of the best ASMR creators on the platform.

Even outside the ‘male’ category, I have placed them in for the purpose of this article.

After talking about each creator, letting you know what you can expect from their content – I’ll link you a great video from them.

That way, if you’re looking for something to watch right this second then you don’t need to go looking tonight – you can do that later.

You’ll find a variety of content over on Freds channel, mostly roleplays with a mixture of different trigger videos, sort of like what ASMR Gibi does with her channel.

Things are very varied in comparison to other ASMRtists but that’s a lot of the reason why Fred has many subscribers is that he caters his content towards many people’s tastes.

I feel like his video has a really high-quality aspect to them, as if things have been throughout, so I think Gibi is a great comparison to him – as I’d imagine many of you know who she is.

So if you’re into well-structured content and are looking for some tingles which are mostly brought about by his wonderful low tone voice, then check out FredsVoice ASMR YouTube Channel.

For me Marno ASMR is probably the male version of Goodnight Moon, he just has that warm but goofy energy about him which makes his content so much more enjoyable.

Unpredictable ASMR is especially nice for people who are looking for something a little different, those who may have watched too much ASMR in the past.

I feel like Marno provides this a lot with his ASMR content, generally because his video ideas are unlike anyone else on the platform.

I think you can really tell he enjoys the content he creates, like his videos, are for both the viewer and for himself – which again just makes his content so much more enjoyable.

If you just go to the Marno ASMR YouTube channel, you’ll see what I mean by goofy.

And when you watch your first video, you’ll fall in love with his funny and wacky personality – he’ll no doubt become one of your favorite ASMR creators.

He’s one of the very few male ASMR creators that I actually watch religiously, perhaps that says something about his content – who knows.

Anyways, he’s one of my favorite videos which he has created, certainly something unique…

Jojo, just like Marno creates some unusual ASMR videos that don’t generally fit with other people’s content – as a lot of ASMR is more ‘serious’ or at least it’s based on relaxing and giving people tingles not entertainment.

Though I think this content is great for those who are looking for it, there’s nothing wrong with being entertained due to an ASMR video, even to the point of laughing, as it can still really improve your mood.

Which is the underlining effect we are looking for with ASMR, beyond the tapping and ASMR roleplays.

Another male ASMR creator with great character seems to find enjoyment in his own ASMR just like Marno, making him another great ASMR male creator from this community.

What people probably best know him for though is his card magic videos, its actually a really great idea to bring two things you love together – to share your appreciation for magic and perhaps expose your viewers to another type of entertainment.

Check out of his awesome card magic videos below;

Raffy is another male ASMR creator that I thing also follows a similar ASMR style to Gibi ASMR – where his videos feel well thought out and planned.

Seemingly professional in a way, as he doesn’t let a wild and exciting personality get in the way of content as Marno or Frivi would.

Although these are awesome ASMR creators because of this, as it gives them a personal unique style, I think Raffy’s ASMR style is also welcomed.

It just depends on what type of content you’re looking for.

Raffy has a super soothing voice and it always matches his content as his videos generally feel ‘sleepy’.

This is probably due to the backgrounds he uses as well as the sounds he creates.

One of my favorite things about him is that his voice isn’t too harsh on your ears like I find to be the case with most male ASMR creators.

Like Fred, who’s voice is awesome but it is awfully deep to the point where it’s quite intense on my ears, that’s why I favor a voice like Raffy’s when I watching ASMR for the purpose of sleep.

This way, I don’t really get overwhelmed by his content ever.

Below is one of RaffyTaphys greatest videos, perfect if you’re looking for sleep right now;

I’m also watching this is I type, which may not be a great idea…

Although this inst a lengthy list like some of my articles on this site, I didn’t want to put creators I haven’t watched quite yet, because then I’d just be miss directing you guys which would be unfair of me.

Perhaps I will come back and update this article when I’ve had more experience but for now, I’m going to end it here.

If you’re looking for a male ASMR creator, then these ASMRtists are definitely one you’re going to want to check out.