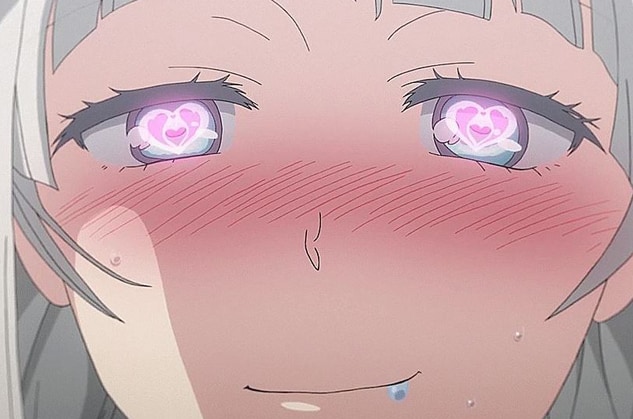 Before we get into the top list of Lewd ASMR video which you can find on YouTube I just want to get into a little bit about my background with Lewd ASMR and just what the heck Lewd ASMR even is if you’re unfamiliar with this niche within a niche type of ASMR.

I’m going to split this into 2 sections so we can get an in-depth look at both aspects of this new niche within a niche trend.

Firstly I’ll discuss what lewd means and what it actually is and then I will get into a little bit about what ASMR is, although you’re best off checking out my other articles on this topic where I go far more in-depth than I will here.

Lewd is the acts of unlawful behavior which is of a sexual nature, whether that’s looking, wearing or acting in a certain way which can bring about this form of behavior.

And in the case of ASMR, typically it’s through the use of audio rather than the appearance of a person or the way they act.

This is because ASMR is primarily based on audible triggers anyway but because most of these videos are around some form of wacky fantasy; such as an anime character doing something to the audience in a way which they have fantasized about before.

Cool, we understand what Lewd is and how it is formatted in a way for ASMR.

Now let’s get into the next part of this niche, what is ASMR?

Well I’ve spoken about ASMR heavily on this website (that should be no surprise) so I have plenty of articles on what ASMR is – but I’m going to explain it briefly here.

ASMR is the act of hearing, seeing or experiencing some form of trigger – which varies from person to person which allows them to get a tingly sensation in their scalp all the way down to their neck.

This sensation is not only the primary use of this type of content, as ASMR helps to relax and relieve people of any stresses they may be facing throughout the day.

If you’re interested in reading more about what is ASMR, then check out the other articles on my website.

The Top 4 Lewd ASMR Videos for your pleasure

Now that you understand what Lewd is and what it means, alongside ASMR, let’s get into the top 10 lewd ASMR videos for your viewing pleasure – whether they give you the tingles in your scalp or elsewhere on your body.

Now this list subjective since there is plenty of different types of lewd ASMR out there, from personal attention from your favorite anime waifu to being inappropriately pandered by your stepmom.

At the very least, I hope you can find something on this list that can lead you down the right rabbit hole of lewd ASMR – or even show you a creator that does the sort of content you enjoy watching.

If you’re into gaming and furthermore Fornite, this video by Dude That’s Lewd ASMR will be right up your street.

I won’t really describe what’s going on here, as its only audio, I’d much prefer to allow your mind to wander and make up whatever you want in your own head as to what may be going on.

This is one of the first videos I have seen by DTLA and I think she has something really going on here.

Lewd content isn’t really my thing but I can respect how much effort she seems o put into every video she creates, and her audience seems to like it so there’s point bashing on it if there’s an audience for it.

2. After School with a Gal

One of the more basic lewd ASMR videos out there, but one that I imagine is enjoyable for anyone looking for thought sort of thing.

I think Memeko ASMR has a lot of audience overlap with DTL so if you’re into one of there videos you should probably check out the other creator for more ‘RP’ like the one linked.

With a range of mouth sounds and audible triggers, you can again let your mind wander as to what you want to think is going on here, it’s totally up to you.

The problem I have with these videos is that its a real-life person doing this.

Sure the two videos before were of girls’ voices but I feel like its less ‘cringe’ this way. This type of content really bothers me because it really does make the ASMR community look bad.

You could arguably put the other two previous videos linked with that statement but I don’t think they’re nearly as bad as ones like these, especially since this particular one has blown up far more than the others.

Nevertheless, if you’re into this sort of thing and you’re looking for something a bit more visual than the last lewd ASMR videos I have linked, then feel free to check the one out above.

The more I dig deep down the rabbit hole that is lewd ASMR the more I question YouTube’s policies.

Despite that, I think this is probably another great video for anyone looking to get triggered in their scalp and elsewhere on their body – speaking from ASMR retrospectively, I find that sometimes you need a fast 5mins of ASMR to get you feeling relaxed for the rest of the day.

This follows that exact same level of length but in a lewd ASMR format – perfect for anyone looking for a short and sweet video to get them through the day.

This is a very short list, but I feel like once you’ve seen one of these videos, you’ve seent hem all. Although that could be untrue because you could see normal ASMR this way.

But that’s perhaps because of these lewd ASMR videos arent quite my thing but I can still respect anyone that creators or watches this type of ASMR.