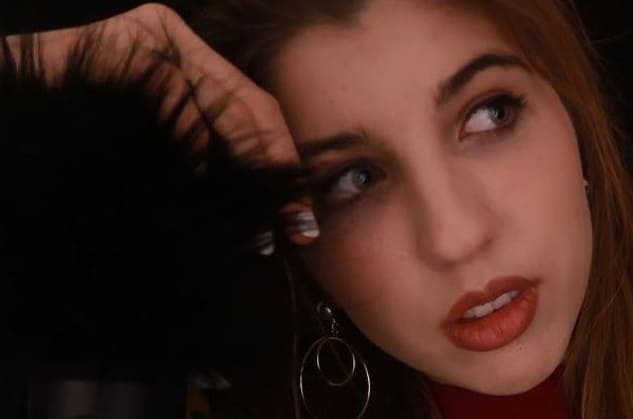 Anyone of your favorite ASMR sounds can appear to be intense ASMR, it all depends on how the creator goes about making this particular noises.

A lot of the time, it’s about the speed in which they create the sounds, if you wanting to make ASMR tapping more intense for example, you would need to tap faster than you would usually.

This severely increases in the intensity of the noise, which some people favor and others arent fans of as they prefer soft ASMR.

Another trick that ASMRtist uses to make more intense sounds is by placing the object closer to the microphone when they create the sound.

As this will obviously increase the noise level – it feels much deeper in your ear and therefor way more intense to listen to.

So, in this article, I’m going to go over some of the best intense ASMR videos for your entertainment, which will for certain have ASMR triggers that you will be more than familiar with.

Allowing you to hear them in a new way and perhaps making you appreciate them even more.

I’ve spoken about fast ASMR specifically before on this site, but I’m going to showcase it again here because it fits within the intense ASMR category that we’re discussing today.

As we’ve established before, the reason why fast ASMR is so intense to our ears is that it includes some of our favorite triggers that are sped up to create different noises.

In this case, ASMR Glow includes fast ASMR tapping, mouth sounds and other ASMR triggers you will probably have heard or read about on Tingly ASMR before.

I feel like fast ASMR is one of the more calmer examples of intense ASMR as the sounds are too harsh, they just sound you’re probably more than familiar with but sped up.

This can be much more distracting for those wanting to get to sleep, as you generally focus your mind on sounds in ASMR -hence why it can make you so sleepy.

But if the sounds are to fast, you almost just feel much more alert.

So I feel like these types of videos, fast ASMR specifically, are far more entertaining than it is soothing.

I think one of the most intense ASMR experiences you can have is layered sound videos – as they include a whole host of noises that you can’t even visually see.

Which really throws things off – but can also help you get the ASMR tingles since they’re somewhat unexpected.

This itself is a great way for you to get tingles so a noise which is unexpected can really set off that tingly feeling in your brain – for me personally this is where I find myself getting the tingles the most with these types of videos.

To get back to this video, ASMR Glow has created an intense ASMR video that I think you may quite like if you were a fan of the previous one linked above.

Not necessarily including triggers that are fast or even harsh, this video intensity comes from the layered noises which she has edited in.

I think hearing one noise is enough, but when you can hear more than one noise in a video it is much more intense due to the overwhelming amount of sound you are exposed to.

hence why I feel like these layered videos, in particular, are some of the best intense ASMR videos you can watch.

It wouldn’t be a TinglyASMR article without Gibi ASMR featured somewhere within the list, would it now?

I’m not biased (maybe I am) but she just creates create ASMR videos, okay, and this next video which includes intense mic brushing is a great example of the intense ASMR that we’re talking about in this article.

I’ve spoken about mic brushing before, but I think it really is one of the most intense noises you could possibly expose yourself which can be still considered ‘ASMR’.

In this video, you will hear some light whispering noises – which obviously aren’t intense themselves and rather they are in here to add a soft element to the intense brushing noises.

Using a range of brushes and just her hands, you will hear all sorts of intense noises from ear to ear – you may not like them or you may love them.

Either way, the community is pretty torn on these types of noises as they are super harsh and as I’ve mentioned before sounds like these can be really hard to fall asleep too.

At the very least, they have served as a way for me to completely block out my inner monologue and allow me to rest and just concentrate on something else for a while.

Which is very much appreciated after a long day at school or work.

Another intense ASMR experiences come from close up whispering – although whispering to create harsh sounds, in my opinion, I think its more to do with the fact that it feels like the ASMRtist is close up in our ears.

This can be an intense experience for anyone as it feels like they are up in our personal space – which is obviously uncomfortable for some.

Hence why it can be seen as an intense ASMR experience.

If you’re unsure of just how intense this can be, then I recommend checking out the video above – nothing special is being said here it’s just some rambling but videos like these are my favorite.

I really like close up whispering for some reason, even though I hate people being in my personal space – it is the sort of ASMR I find myself falling asleep too.

So if you’re looking for some background noise whilst you get the sleep you need, then I’d recommend this video to you.

As I feel like the others are more for entertainment, though that’s just my opinion.

Use these videos in this list however you want.

Obviously another intense ASMR experience has to be ASMR kissing, for good reasons – and reasons that I probably don’t need to explain but I will…

The mouth sounds alone can be quite intense, the noise which wet lips make when smacking together in speech can be intense enough but when you couple that with the kissing noises, then it gets a lot more intense.

This ASMR trigger, in particular, is hit or miss with the audience of ASMR, as some people love it and others just despise it purely because of how intense it can be.

Along with the fact that this action, in particular, is very personal, so some people feel its to close and too personal to be enjoyed.

But others are desperate for this can of personal care, so there’s a lot of people out there who can’t get enough of the ASMR kissing trigger.

Which makes it an obvious choice if you’re looking for an intense ASMR experience to fall asleep too – or at least relax to.

And who better to show off this ASMR trigger than the queen of ASMR kissing herself, FrivilousFox ASMR.

Intense ASMR isn’t for everybody, but it certainly has a lot of variety to it and there are more than enough intensity levels for people to at least find something they can enjoy which will put them into a better mood.

Even if that mood increase is only 1%.