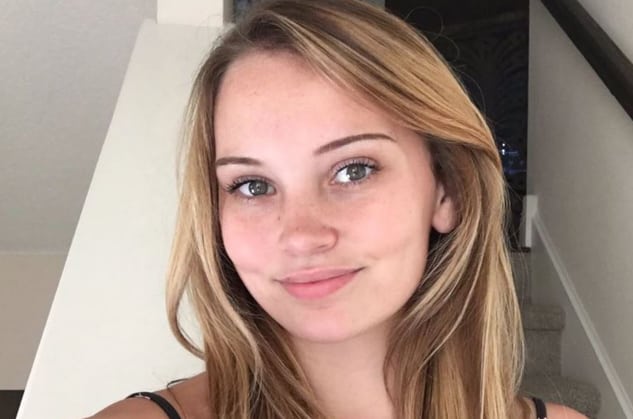 Females are heavily dominant in the ASMR community, and I think this is because a lot of the enjoyment from ASMR has something to do with whispering and generally female creators are better at this than their male counterparts.

Not to mention, although you may think of me as a little shallow, female creators are far more enjoyable to look at than males.

They sort of bring an aspect of visual ASMR along with them whenever they are on camera, something I just don’t seem to find from any male ASMRtist out there.

If you’re new to ASMR and are unsure about who the best ASMRtists are or you just want to find your new favorite female ASMR creator, then be sure to check out this list as it continues further on down below.

Most of them are my personal favorites and have allowed me to get countless hours of sleep thanks to their soothing sounds.

Whether they’re creating ASMR tapping, ASMR mouth sound videos or even just moving their hands in random motions on screen.

To every female ASMR creator and even the male creators, whether they are in this list or not, are deeply appreciated.

I just want to say; thank you for doing what you do, I’m not sure where I’d be without you guys.

Let’s discuss some of the best female ASMR creators right now and what sort of ASMR triggers they can offer you to help get you those ASMR tingles.

If you’ve read anything on this site before, you know I include her in almost all of my articles because she just creates some of the best ASMR that this community has ever seen.

A lot of thought goes into every video and things never seem too rushed, rather everything just seems planned and throughout beforehand.

Overall, the perfect ASMRtist on the platform.

And one which I use as a benchmark when exploring and discovering new ASMRtists that join the community every day and even ones that have been here for a while but I haven’t yet discovered.

If you’re looking for an ASMRtist that enjoys exploring all types of ASMR, from ASMR roleplays, to visual ASMR and even just the more simple and calm aspects of ASMR

Then you should really check out Gibi ASMR YouTube Channel tonight.

If you don’t want to scramble around on her channel right now, because you’ve got some sleeping to do, check my favorite Gibi video below;

Another one of my all-time favorites is FrivolousFox ASMR.

She may not be as ‘professional’ as Gibi ASMR, as I feel like her videos a less put together and are more freestyled than most ASMR creators, but I think that goes perfectly with her personality.

Just watch her for 1 minute and you’ll know what I’m talking about.

For me personally, that’s why I like her as an ASMRtist and why I consider her to be one of the best female ASMR creators on the platform – as she’s just so entertaining to watch.

And obviously she creates awesome ASMR content that just sends tingles to my scalp almost every time I watch her.

She’s best known for the mouth sound videos as well as her kissing videos, which are pretty intense but are very much enjoyable.

it’s why I dub her as the Queen of Mouth Sounds.

So, if you’re looking for a more natural experience through the use of ASMR< where you will feel much more personally connected with the creator, then Frivi is going to be someone you’ll want to check out.

If you want a recommendation right now because you don’t want to spend to much time looking for the best video tonight, here is one of my favorites;

Speaking of goofballs, Goodnight Moon aka Erin is another great female ASMR personality that I think you’ll love if you’re into Frivi’s content already.

Goodnight Moon can be serious though, she has some excellent ASMR roleplays that form their own fantasy world which she has created from scratch.

Really, really inspiring as a fellow creative to watch something like this.

Knowing it was all from her creative head.

Mostly though she doesn’t take things to serious, a lot of her content really shows her silly personality and again I think it just gives an entertainment factor that a lot of ASMR channels just don’t have.

You feel like you can personally get to know Goodnight Moon because her personality is on show in all of her videos – unless she’s acting like someone else for the purpose of a roleplay.

I can’t put Erin into words, but if you watch the video below you’ll learn a lot of who she is as an individual;

Although she isn’t the biggest channel from the ASMR community, she is probably most known, out of all the ASMR creators, male or female.

ASMR darling carries positively in everything she does, I just get a certain type of energy from when I look at her – which obviously helps with the content she creates.

Being positive is what we all want ultimately from these ASMR videos, and when you already have that energy, you just spread positivity without even trying.

You will find a mixture of roleplays and more freestyle videos, although I’d put her in the same category as Gibi ASMR meaning she is pretty professional with her content.

Everything seems planned, well structured and thought out – which some people prefer and others don’t mind so much.

So if you’re looking for high-quality ASMR created by a very positive individual, then I’d give ASMR Darling a watch.

If you’re looking for something to watch right now, check out of this video;

ASMR Glow is another great female ASMR creator that also has a warm and natural personality that shows throughout her ASMR videos.

She does a lot of talking in her videos, where it feels very personal with the viewers, alongside the ASMR triggers which she performs of course.

She’s another creator that you can really tell that she enjoys what she does, which just makes her content that much more enjoyable knowing that she actually enjoying herself.

Which makes her videos far easier and rewarding to watch.

I’ve said it before but a lot of the appeal for me with watching ASMR Glow is her beauty.

She brings an aspect of visual ASMR that a lot of other ASMR creators just can’t bring.

Female beauty is like art in my opinion, and it can be appreciated by all.

ARt makes you feel a certain way, and you can appreciate the way a piece looks, I get the same effect when I look at people like Glow – so in that sense, she brings me so much visual ASMR that I can’t even explain.

Overall, she’s a great all-round ASMR creator, and I think you will at least be able to find one video that you will be able to add to your watch list from her.

To save you time, here is my recommendation;

This is by far my favorite video from ASMR Glow and was one of the very first videos I had seen from her.

If you though Goodnight Moon or Frivi were goofy people, I’d like to introduce you to Angelica – she makes these to female ASMR creators seem normal!

She just has the most weirdest and crazy ASMR videos that you’ve ever seen, I always think “why the hell is this even a thing”.

And then I watch and boom, I’m entertained and hella sleepy afterward – she makes me eat my words every time.

So if you’re someone who doesn’t really care about authenticity and you find plenty of enjoyment out of weird and wonderful concepts, then you should give Angelica’s ASMR content a try.

She does many, many roleplay where she acts out many different characters – that are all seemingly as weird as each other.

But I think shes characters really show off her personality, which is obviously very playful and goofy – but as I’ve said previously this can make her content much more entraining.

I wouldn’t necessarily use her videos for the purpose of sleep, because a lot of the enjoyment comes from watching.

Though if you’re looking something less-serious and perhaps an ASMR video that can make you laugh (which is also great for relieving stress and anxiety) then check out Angelica’s YouTube Channel.

Throughout this article, hopefully, you have found another great female ASMR creator that will be able to give you the ASMR content you love – allowing you to relieve yourself from stress and get the sleep you need.

Ther are plenty more female ASMRtists out there on the platform that creates awesome ASMR content, but these are just some of my favorites and some of the ones that the majority of our community love.