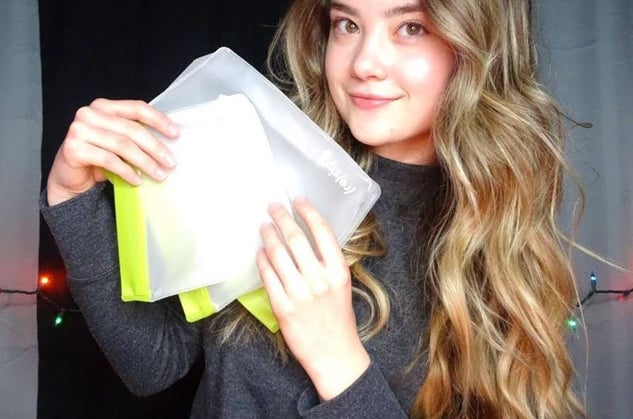 You’re going to need to know what the heck an ASMRtist is, as its a fairly new term that has only recently been used since the rapid growth of the ASMR community as a whole.

What is an ASMRtist?

An ASMRtist, whether that be Gibi ASMR or Glow ASMR is someone who creates ASMR content.

Whether that’s through the use of audio or visuals.

Which is primarily designed to put the user into a more relaxed and comfortable state.

Any ASMR tingles that they get as a result is a byproduct of listening to any kind of ASMR created by these ASMRtists.

Since this is a term coined by the ASMR community, there is no true meaning behind it except the one I’ve given here.

But this is how many creators on YouTube refer to them as – including their audience.

So it is only right to explain this word to you so if you ever hear people say it or see it in the comment sections of your favorite creators – then now you know what it means.

6 ASMRtists that can help get you tingles

Now that you’re familiar with what an ASMRtist is, let’s get into some of the best ASMRtists in the ASMR community.

Letting you know why they are so liked and popular as well as showing you some of their best work so you can go off and find your new favorite creator tonight.

Let’s kick things off with my favorite ASMR creator, and one you may already be familiar with already; Gibi ASMR.

Gibi is by far one of my most favorite creators from the entire ASMR community – she never fails to get me into a relaxed mood when I need it the most.

Her videos are always super well done, whether its just her rambling, tapping on objects in her room or putting on some form of roleplay.

They’re just so fun to watch.

And you can really see that she enjoys what she does, which is really important in my opinion as I get plenty more enjoyment from ASMR videos (or just anything I watch) if I know the creator is actually having fun at the same time.

If you’re unfamiliar with her work, here is one of my favorite ASMR videos from Gibi;

I’ve spoken about her as much as I have about Gibi on this website because I think they’re both great creators and to no surprise, they are both two of my favorites.

The reason why I consider Glow to be one of the best ASMRtists in the community is that all her videos are always so visually pleasing.

As I’ve mentioned in the past, she’s obviously very beautiful and I think this really does affect with the visual ASMR part of any video that comes into play.

And her attractiveness really leaks into this and overall makes any video of hers awesome.

Don’t get me wrong though, I don’t think this ‘carries’ her content – I think she is great at what she does in her own right.

From her awesome roleplays to her more casual rambly videos.

If you have no idea who Glow is, here is one of my favorite videos from her;

But that’s okay – I think that’s why she’s such an attractive option when you’re looking for a video that’s a little different than to something you may usually watch.

She has a super soothing voice and because she’s so random, you don’t really know what’s going to happen next in her videos

This, as I’ve spoken about before, gives me the greater chance at getting tingles but her content isn’t linear like some of the other creators, so anything could happen.

Which could set off the ASMR tingles in you

There is no guarantee but it certainly has happened to me before plenty of times due to this unpredictableness.

if you’re unfamiliar with Erin and her content, here is a video that best describes what I’m trying to get at;

Another slightly goofy creator is Frivi.

She is a little random just like Erin but her content seems to be more structured – but that doesn’t take away from the randomness which you can expect from her.

The absolute queen of personal attention, in my opinion, Frivi never fails to make me feel warm and fuzzy when I watch her content.

She’s like the best friend you always wanted but never had.

Always able to release the negative energy I may have accumulated over the day, Frivis videos never fail to work there magic on me.

Here is the ‘queen of personal attention’ at her best;

She’s slowly become one of my favorite ASMRtist on YouTube over the last year and her channel growth shows that she’s become a part of many other people’s favorite list of creators.

Even her just talking always makes me relaxed because of her super breathy voice which she has, it just soothes me into a better mood without too much effort on her end.

This is awesome for someone like me who can get overwhelmed with the day and find it very hard to destress usually, just turning on one of Madi’s videos allows me to feel much less negative.

Oh and if you watch the video below, just take notice of her eyes

Then I’m not sure what’s wrong with you.

We’ve already spoken about how goofy Erin is previously, and I feel like Marno is her male ASMR counterpart.

He too makes some weird ASMR videos, that are actually really entertaining and once again arent to predictable.

So on top of the fact that you’re going to be entertained, you may even have a greater chance at getting tingles because the content in the video is so nonlinear that you don’t know what ASMR trigger is coming next.

Marno also has some really cool ideas, because of his goofiness, some ideas that I’d imagine are original of his that he’s thought up in that head.

This alone just makes him a great creator to subscribe to so you don’t miss out on some of his unique takes on ASMR content.

If you’ve never heard about Marno, here is a video that best describes his content;

Karuna has set her channel up to be more like a community that one creator running the entire thing.

She talks about the channel as ‘our channel’ as if the audience is a part of it, which technically I guess they are.

The reason I think she does this is that it creates more of a community feel than many other channels on the platform – even outside of the ASMR community.

And I think that just makes you all warm and fuzzy knowing that you’re at least part of something – which can be quite uncommon in many peoples lives.

As it is in mine.

To get into her ASMR content though, Karuna creates some great roleplays that are sometimes pretty unique, which makes her another great creator to keep up with if you like quirky ASMR.

On top of that, I feel because she is slightly older than other creators on the platform, she feels more like your mom.

This positively affects the ASMR in my opinion as it feels much more cozy with her – taking you back to when you were a child when your own mother would look after you.

If you haven’t listened to Karuna yet, here is one of my favorite videos from her;

Hopefully, after reading through you’re now familiar with what ASMRtists are as well as some of the most popular ASMRtists on the platform.

There are plenty more creators than the ones I have linked, but these are some of the best ones I know throughout the ASMR community and ones that I guarantee can make you feel much more relaxed the second you turn one of their videos on.