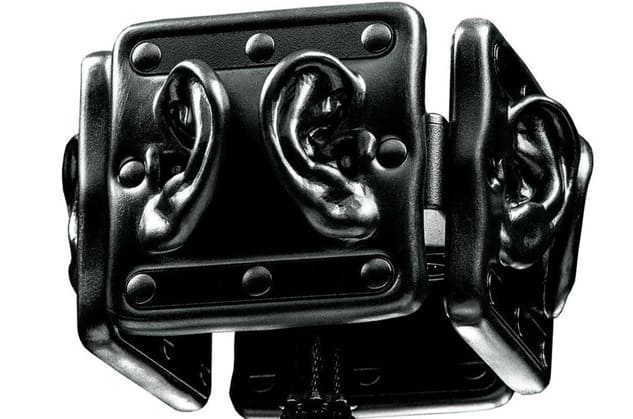 If you’re looking to get started with the best ASMR microphone, perhaps for the purpose of exploring ASMR for yourself or you want to become a creator on YouTube within the ASMR community…

Then it would be a great idea for you to find the best ASMR microphone for you.

Although this list is created of the best microphones along with my personal favorites – do not feel the need to go out and spend hundreds of dollars on a microphone before you’ve even gotten started.

I’ve seen creators who have over 100k subscribers still use ‘cheap’ microphones such as $1 mics from your local Walmart.

This is because, it’s ASMR after all, and there are sound differences between cheap and expensive ASMR microphones – and this difference could and will affect how pleasurable your ASMR is; depending on what the viewers enjoy.

Just think about it like this; ASMR microphones are another way to add variety to your content since you can create different sounds even with the same object.

Anyway, let’s get into the best ASMR microphone list…

A favorite outside of the ASMR community, Blue Yeti will be a nostalgic thought for many content creators as this is usually there first ‘high end’ microphone they first purchase once they are more committed to their YouTube channels.

With great sound quality, the Blue Yeti does well to pick up a lot of sounds; even ones that can not be heard with the naked ear. Especially if you do not have any form of mic cover, it seems to pick up any little sound that is created.

The microphone itself is also great for ASMR because of the way it has been made, with bumps and holes that make up the actual microphone – with this it also has plenty of room for experimentation with tapping and tracing to create its very own unique ASMR.

If your someone who just needs a good microphone for not only ASMR, but for creating other forms of content then the Blue Yeti is as must have.

Another great microphone is the RodeNT1 – unlike the Blue Yeti which comes as a standalone microphone (where you would place it on your desk) the Rode NT1 seems to be a more ‘professional’ microphone.

This is because you can have this mic standing in the air, instead of being locked to a desk – so that you are able to move it around to best fit whatever it is you’re doing.

With this in mind, you are also able to move this microphone off-screen for better immersion.

However, I have never seen anyone uses these microphone as a standalone piece.

Typically the creator would buy 2 of them (to place one on either side of the screen to replicate each ear).

So if you’re looking for a standalone microphone; and do not want to invest in 2 expensive microphones straight away, then perhaps you’ll want to into another microphone on this list instead.

Such as the Blue Yeti I previously mentioned.

Although if you’re looking for a great quality microphone that is going to serve you all sorts of purposes (such as creating ‘normal speaking videos’) then getting a pair of these microphones will be perfect for exactly this.

This is unlike any other microphone on this list; I don’t think I need to say why just look at the thing!

But to explain a little bit more about it; its actually a (funky) binaural microphone rather than a simple standalone microphone like the Blue Yeti or the Rode NT1 I’ve previously mentioned.

You can get the same effect with two Rode NT1’s as I’ve also previously stated but the 3DIO microphone is much better at this in my opinion.

Not only is the binaural experience great, the fact that it looks like ears make it even better.

Since any sounds created within the vicinity vibrate against the microphone ears as your own ear would in real life – so you almost get a lifelike experience which makes any ASMR sound created that much better and more immersive.

This is an expensive microphone but is absolutely worth it because it enhances the user’s experience so so much and you get something that no other ASMR microphones can create on the market – from what I know.

I think just looking at someone touch the ears of these microphones whilst they create sounds helps with effective of the ASMR…as if they were your own ears.

A little like watching someone get a massage, it almost works on you in the same way as if you were being touched and rubbed in these particular places.

It would seem a little strange to put a pair of earphones on the Best ASMR Mircprhones list, wouldn’t it?

We’ll HEAR me out (heh), they’re actually super good for creating ASMR because you can hear the sounds you are creating (which in my opinion is super important)

So that you too can experience the ASMR allowing you to know what sounds your viewer can hear.

This way you don’t have to worry about being too sensitive or fast – although this depends on the video you’re wanting to create.

This is a quirky looking microphone and acts in a way the binaural microphones do – sort of.

It has many different microphones built into one so that you can get a range of sounds.

This is particularly great for ASMR because the best experiences, in my opinion, is when they are not only varied sounds but there are sounds coming from all directions.

And this microphone setup achieves exactly this.

I think it helps with the viewers not becoming bored; which can happen, especially over a 30+ minute video.

I haven’t seent his microphone widely used from the videos I have watched but I can imagine it being a great little microphone for anyone looking to mix up their videos.

To summarise my top 5 best ASMR microphone article; there are many different microphones on today’s market that could be used for ASMR or which have been specifically designed to be used as ASMR microphones BUT they are not necessary to make good content…

Although they do help enhance and give your content much more variety if you have a number of the best ASMR microphones to use in videos…which could also attract a wider audience.