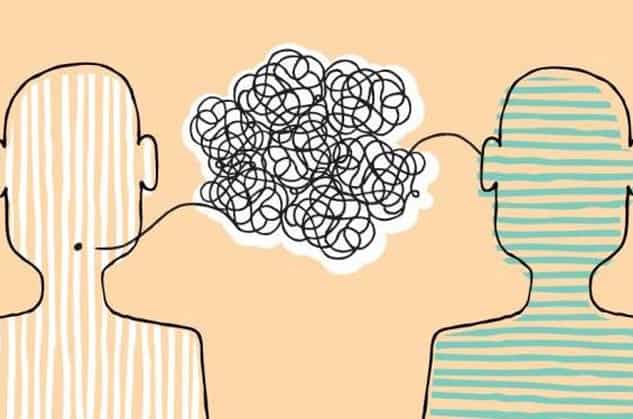 A simple yet effective ASMR trigger is ASMR talking or rambling as its commonly thought of to be whenever I see it used in an ASMR video.

ASMR talking is one of my favorite ASMR triggers for the fact it includes all of the best ASMR sounds, in my opinion.

The ASMR talking feels like a personal attention ASMR type video, so it ticks that box for me; along with the way the creators talk, their lips smack together to create some satisfying mouth sounds.

And lastly, depending on what they are talking about, a particular word that could come as unexpected (which is the best way to get triggers IMO) could trigger your ASMR in the same way ASMR trigger words would.

With all this combined, this is one of the better videos that people create – but I don’t see it too much, I think that might be down to the fact it’s pretty ‘low effort’ if you compare it to some of the more thought out ASMR videos that ASMRtists create such as Roleplays.

A lot of these ASMR talking videos are the same, since its just mindless rambling in essence, but I’ll try to give you a little information on each so you know what your best of watching – depending on if you’re looking to discover something new, get some sleep or you just want to relax.

If you’re looking for a long rambling video, then ASMR Glow has you covered – with other 40 minutes of general chatting with not much else in b between.

This is the perfect video for anyone needing a voice to silence their demons for when they go to sleep; since it doesn’t include much else int he video in terms of triggers so you won’t be surprised by loud noises – which is not what you want when you’re trying to get your beauty sleep.

She’s also talking a lot about her schoolwork; psychology.

So if you’re wanting to listen to some actual conversation, instead of mindless rambling – then perhaps this is just as good of a video to stick on in the background while you work – kind of like a podcast.

If you’re looking for more than just talking about random things, well this is kind of random but its a more structured theme than just the creator chatting about their day.

Gibi ASMR has an awesome ASMR talking video based around random Science facts – so this is actually really great if you want ASMR to be useful in terms of learning something new – perhaps you can tell your friends these cool facts you’ve learned!

I also love the way Gibi speaks, so her talking is always super soothing for me anyway, she has a really light voice and doesn’t make to much lip noise when she says words.

So it’s not overly intense to listen to for a long time.

On that same vein, Jojo has created an ASMR talking video where he reads random facts – a less themed video but you’ll at least learn something by the end of the video, hopefully.

Until you fall asleep of course.

If you’re looking for something a little unpredictable then a video like this is going to be up your street; that’s you’re someone like me who gets bored of the same trigger being used over and over again.

I think combining talking plus another common trigger makes up a lot of theses videos and honestly, I’m not complaining

I think this is a great way to keep things interesting for both the viewers and the creator.

Poki has a really soft voice so her talking is always welcomed to my ears and I always love watching her explore ASMR, with her primarily being a gamer, it is always fun watching her get so giddy over the new triggers she discovers.

This adds another level to her videos that no other creators seem to have.

ASMR tapping is also one of my favorite ASMR triggers of all time, so her talking and tapping is really just music to my ears.

If you haven’t watched one of Poki’s video by now, you really should, especially if random tapping is one of your favorite ASMR sounds/triggers like it is mine.

There is not much more to say with ASMR talking, I think it’s a great trigger and a lot more people should do it in my opinion, especially since it’s a comfort thing for me and for many other users I’d imagine.

AS it helps to fill the social void I have mentioned before when I was discussing my reasons for using ASMR.

So if any ASMR creator see this or even someone who hasn’t started their channel yet;

I’ll watch them all,

Thanks for reading guys,