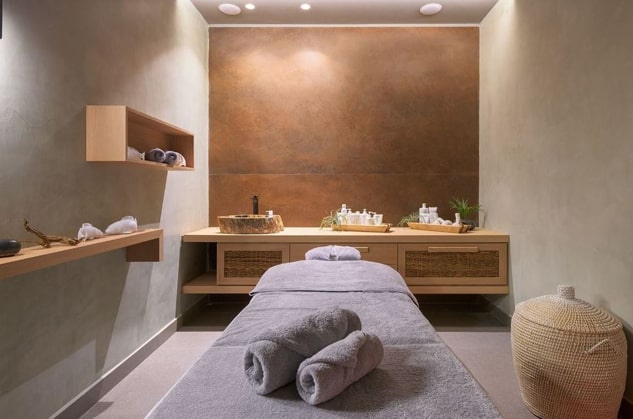 Now to no surprise, the spa is probably one of the most relaxing places we are able to put ourselves when we need to get comfortable and get away from the worries and tyranny of the world for a little while.

It should then be no surprise that many creators have re-imagined this sort of setting into their very own ASMR spa videos on YouTube.

With all the sounds and the visuals of a great spa, plenty of these videos are relaxing and calming enough for you to be able to get into a sleepy state.

Whether you’re watching them just to get comfy or you want to get some sleep – then they are perfect to play through your headphones tonight.

Although you can’t get the smells of a great spa day through these videos, you can at least imagine what the scenario might feel like if you were actually there.

Alternatively, you could light your own candle, allowing you to somewhat replicate the awesome smells of a spa.

A lot of the variation with these ASMR spa videos is through what is happening in the spa when you visit.

In this particular video from Gibi ASMR, it’s a relaxing facial.

There are plenty of other scenarios such as body washing, shaving, doing your hair, etc.

Some of these scenarios will appear further down in this list, so if you’re looking for something a little different then be sure to stick around for that.

To get back to the video linked just above, this particular video also includes a sort of reception scenario – which I think just adds another level of immersion to it.

As many creators will immediately jump to the primary focus of the video – which is fine.

But including something like this can really help immerse you in the video and give you a greater chance at becoming relaxed and even getting the tingles.

Getting to the facial part of the video now; Gibi has the camera in a position where you feel like you’re laying down, which is unique in itself – in terms of YouTube video.

As usually it’s positioned as if you were stood up facing the creator.

So I welcome this new type of style.

As far tas the triggers go, you can expect all the things you might see from a spa session, with lotions and soaps featuring throughout making their respective squishy wet noises.

With an array of hand movements, this video, in particular, has all the things I love from any ASMR content – including plenty of personal attention.

A similar video to the previous one, as it includes some form of intro due to the receptionist roleplay at the beginning.

This particular video also includes the same sort of camera angle, where it feels like you’re laying down.

I think once again, it adds to the immersion of the video and this is what I’d imagine it would look like if you went to one of these places in real life to get some form of spa treatment.

This time, the video is focused around a body massage and scalp treatment, with all types of scrubbing and other ambient noises in the background to add plenty of ASMR, sounds to the experience.

So that you can have an immersive visual and audible experience.

From this angle, the video is pretty weird – in comparison to anything you may have watched before from the ASMR community.

But overall I still think it makes for a great experience and one that is more than certainly authentic if you were to compare it to a real afternoon at the spa.

Unlike the other two videos in this list, this ASMR spa video does not include any sort of reception intro roleplay – which although I said the creators are missing out on adding extra immersion

It does not take away from how enjoyable this video is.

Unlike the previous to video, Creative Calm, in my opinion, has a much better voice suited to these types of roleplays – perhaps because it’s a British accent which I absolutely love.

But I just seem to be far more involved in the video than I am with any other creator – so this just adds another level of audible ASMR for me.

This video features a camera position you may be more familiar with, rather than what the two previous creators were going for with a more realistic view.

As if you were laid down.

If you can’t get around how weird these camera angles were, perhaps this video better suited to you and hopefully in some ways more relaxing.

These sorts of videos, whether its ASMR spa or ASMR slime videos can all appear to be the same – and they are in many cases

Generally, the enjoyment comes from experiencing something new – the small things matter in all types of ASMR content

The voice of the creator, the colors used to help the visual ASMR as well as the sounds which are created throughout to help relax or give the audience tingles.

This one is an Ancient Egpyt theme.

Which I’m sure you’re most probably unfamiliar with – which allows you to have a whole new experience with a type of trigger you may already be so familiar with.

Really helping to shake up ASMR triggers that may be overused, I encourage you to watch the video linked above if you’re in need of something unique but still able to put you into a relaxed mood for better sleep.

I think I’ve covered this type of ASMR trigger pretty well, and in doing so I have shared with you some of my favorite ASMR spa videos along the way

Overall, this trigger is for those looking to get a great combination of ASMR visuals and sounds as well as getting plenty of personal attention ASMR which can make them comfy and hopefully encourage them to get a good night’s sleep.