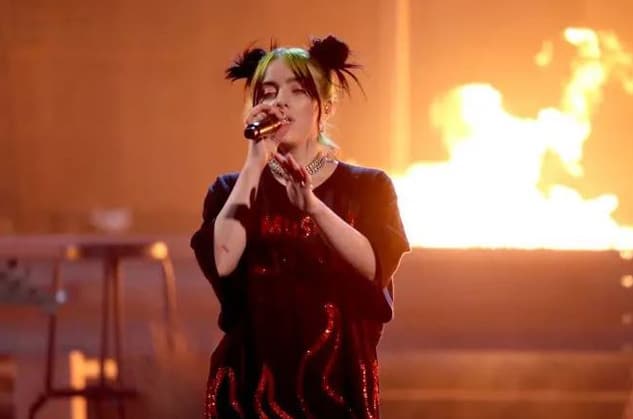 ASMR singing doesn’t sound too appealing since singing can be quite loud although in some cases it can, in fact, be pretty soothing to listen to.

As you can imagine a lot of people before they discovered the awesome effects of ASMR once listened to music to help them sleep.

I imagine this is because it provides some much-needed background noise that can help draw out your inner thoughts.

Thoughts that could be preventing you from getting you the sleep you need.

Which is usually the case as to why you don’t get the sleep you need.

Though it’s nice to listen to ASMR singing as its something a little different that can still help get us the sleep we need, it provides more of an entertainment.

This then makes it great for more than just dosing off at night, which is why it is a favored ASMR trigger from many members of the ASMR community.

Although it isn’t as popular as something like ASMR tapping or ASMR whispering, it still provides the audience with some level of comfort and perhaps even ASMR tingles if they’re lucky.

If you want to know more about ASMR singing and what these videos could have in store for you, then keep on reading as I talk about some of my favorite ASMR singing videos from within the ASMR community.

You’ll notice a lot of the singing in these videos throughout the article is at the level which you’d expect your mother or guardian to sing to you – I’m referencing a scenario which you might have had the pleasure of experiencing when you were a child.

My mother has sung to me before, not as if she’s some pop star by any means but a nice soft lullaby always aloud me to sleep.

There’s just something so soothing and calming listening to someone sing, a lot of it has to do with them just being so close to you – any human sound whether it’s their voice or just them making natural noises while they do something is comforting.

Since you just aren’t alone at the moment, as you can hear them near you.

This is why a lot of ASMR videos are so effective at allowing us to feel more safe and comfortable even if we truly are on our own.

And the ASMR sleep trigger, specifically this 40-minute long video by FrivolousFox ASMR is a great example of what I’m trying to explain here.

Although these aren’t lullabies or popular nursery rhymes, you will recognize some of the songs she sings and they are pretty soothing.

Even if some of them aren’t really meant to be, but it just shows how flexible ASMR content is – you can make anything a soothing experience.

She actually has a really nice singing voice too, which is quite surprising really because you only ever hear people like Frivi whispering, so it always surprises me when they can use their voices in different ways.

With over 40 minutes of ASMR singing, I’m sure you’re going to find a song or songs that will allow you to at least get you into a more relaxed and calm mental and physical state.

The next video is a mixture of French and English songs, specifically Disney songs – which hopefully bring you back to your childhood, once again.

As many ASMR triggers tend to do so, as ASMR hairplay or just ASMR roleplays in general, ASMR singing is another trigger that allows us to get into a mindset that we were when we were once a child.

Carefree, innocent and of a happy and healthy state.

Both physically and mentally.

ASMR Glow, as Frivi, has a beautifully soft singing voice that really just allows anyone to get comfy and relaxed.

Along with some ASMR brushing that just adds an extra layer of ASMR to the entire video, I wouldn’t be surprised if you were to get ASMR tingles from this whole experience – as this is what I got from watching this video the first time around.

It has become one of those videos that I like to back to when I’m feeling a little low and want to feel as if someone is close to me, but with the added bonus of entertainment.

As I find I really want to watch and appreciate these videos as I can imagine they are pretty hard to create and even bring about anxieties when uploading something like this online.

Alaina is a unique one in this list, and probably out of all the ASMR articles I’ve written as she isn’t actually an ASMRtist herself, rather she a professional singer – a popular one in fact.

So much so, she has just released her own music after many years of covering songs – anyway, enough about that.

In this video, Alaina goes over some of her favorite songs by artists like Billy Eilish and Ariana Grande and covers them in a soft and relaxing way.

So just as the first ASMR creators have done in this list, she takes some of her favorite songs and puts a soft spin on them, to make them much more bearable if you tend to relax and fall asleep whilst this video is playing the background.

She obviously has a very good voice anyway because she’s a singer, but with a slow and soothing tone on top of that, she just makes this ASMR singing trigger much more enjoyable for you to watch.

If you’re looking for a more high-quality video, because of how good her singing actually is, then I’d have to recommend this video by Alaina Castillo in particular for anyone looking to get into a relaxed and tingly mood.

This next video is from Quantum ASMR and is another great example of the ASMR singing trigger which – she adds some nice whispering throughout just to break up the silence and low activity between songs.

I’d say this is a little more random and off-script than the others on this video, as she’s sort of choosing them as she’s recording – so it isn’t to preplanned like the other videos

But this also means that she whispers more, and if you like that sort of mixture in your ASMR videos – then this could be a more relaxing version of the ASMR singing trigger that could be better for you.

She sings snippets from songs rather than the entire video but I think this adds a little bit of authenticity to it as if you’ve ever sung before, or listened to someone sing, you’ll know that we all just sing parts of songs we like the best.

Rather than the whole thing, which can be more enjoyable and in this case be more smoothing if this is what you prefer over whole songs being sung.

I think the ASMR singing trigger isn’t for everyone, as it can be pretty loud in comparison to natural whispering that you will find in many of the other ASMR videos on YouTube.

But I still think it has a place and a purpose – these videos, for instance, have helped me countless times in being more relaxed and ready for sleep.

This is a fairly short list but there aren’t that many videos to talk about, though you can find plenty more from these creators specifically, there is just a limited amount of ASMRtists that create this trigger for the obvious reason that you need a good singing voice to make it work.

And not all of us were blessed with singing voices…