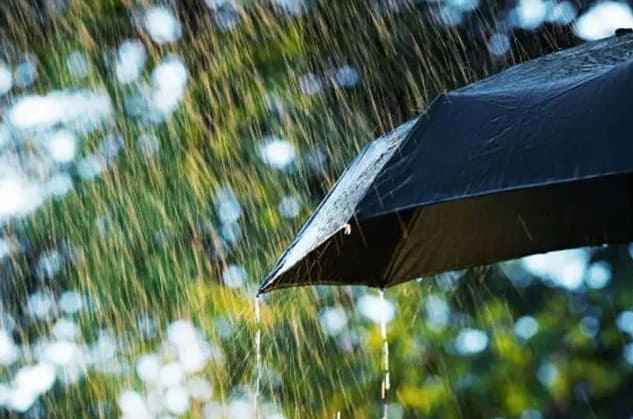 As you can imagine already, ASMR rain videos are very popular on YouTube, and for good reason.

I haven’t met a single person in my life that doesn’t like listening to the sound of rain when they are laid in their bed at night.

There’s just something so tranquil about the experience that we simply just can’t get enough of the sound.

And before the internet, we could only hope for it to rain and if I didn’t, then we would just have to go without.

But thanks to sites like YouTube, there are plenty of ASMR rain videos for us to enjoy.

Some that feature just the trigger by itself and others that feature the ASMR rain trigger alongside other sounds and visuals.

Such as music, light rambles or putting you into different scenarios such as being driven around town whilst it’s raining – a once soothing experience that I have had the pleasure of having many times in my childhood.

I wouldn’t say this trigger is typically a part of the ASMR community, its more widespread than that.

Even if people have never watched or heard of ASMR before, there is still a demand for these types of videos as people can find a lot of enjoyment from them.

And in my opinion, I’d say the ASMR rain trigger is probably one of the first ASMR experiences we all have in general, even if we don’t get tingles from listing to the sounds.

It more than certainly affects our mood in a positive way, and encourages us to get some well-deserved sleep.

Enough talking, let’s get into the best ASMR rain videos on YouTube so that you can listen to the soothing sounds of rain hitting your roof, even if it is the middle of the summer!

Starting off with just the ASMR rain trigger, this is a 3-hour long video that will allow you to fall fast asleep to the pleasant noises of the rain.

The ones we all know and love, a simple video really but one that highlights this amazing ASMR trigger – not over complicating things with other sounds.

This is especially important as we need to put our trust in YouTube videos when we put them on to sleep, cause they could easily frighten us with unexpected loud noises.

So if you’ve come here to look for a simple ASMR rain video, then the one linked above is going to be it.

If you’re here to find interesting alternative videos that have been created with the wonderful sound of the rain involved, then keep scrolling because in this list we cover plenty of unique takes on this ASMR trigger.

2. ASMR rain at night in a car

Although this is pretty similar tot he last video I listed, I think its still takers the ASMR rain trigger to another level of view – one that is certainly familiar to me.

The reason this one is so much better than the last, in my personal opinion, is because it brings back memories of riding in the car at night when I was super sleepy from whatever I had been getting up to during the day.

Hearing the rain hit the roof and the windows of the car just instantly put me into a comfortable and sleepy mood – and I would without fail fall asleep.

This 10hour video of ASMR rain at night is a little more harsh on the ears because the sounds are much louder – but this is what happens in real life if you’ve ever driven about in heavy rain.

So it only adds to the authenticity of the video and ultimately allowing you to get more immersed if you’ve heard these sounds for yourself before.

Another great take on the ASMR rain trigger, and a one that I think many of you will enjoy if you’ve ever experienced this scenario for yourself in real life.

If you’re into more traditional ASMR, as I’ve mentioned this trigger hasn’t been born from the ASMR community itself, rather it’s an experience many of us have had in our lifetime so its a sound we come on YouTube to look for.

Then this next video might be right up your street since it’s from an ASMR creator you may already be familiar with – depending on how much ASMR you watch on YouTube.

Goodnight Moon has created a wonderful video that I’ve already spoken about on this site before, and it’s one I just can’t get enough of.

It mostly features rambling, a lot of it in fact, but I think it’s really quite personal.

There something so special about feeling like you’re spending time with someone in the rain whilst you’re under an umbrella together, and this is the effect I get from this video.

So since it hits that personal attention ASMR aspect I look for in many ASMR videos, it just had to be on the list.

With other ASMR sounds such as rubbing on her jacket and her jumper, you’ll more than certainly be put into a much better mood when you watch this video.

It’s a little different from the other ASMR rain videos on this list but I think its perfect for anyone who loves the trigger but wants a more of a traditional ASMR experience.

4. ASMR rain on a tent sound

Rain on a tent sound.

If you’ve had the fortunate (or unfortunate) experience of going camping before, whether that’s with family or friends.

You’ll know how awesome it is to be in your tent when it’s pouring down with rain, it just sounds so soothing.

It’s probably got something to do with knowing you’re inside in the warmth snuggled up whilst it’s pretty horrible outside – that’s where I find my comfort anyway.

Just like listening to rain in the car, these sounds never fail to put me to sleep – I just feel so much better just listening to the rain, even if the objective is not to get to sleep.

Overall, another great ASMR rain scenario which if you’ve experienced in real life will make for such a better viewing/listening experience now.

Especially if you’re cozy and warm in your bed.

There is plenty more to be explored with this trigger, but I couldn’t possibly put everything in here because a lot of it is really subjective.

Some of the most popular rain ASMR videos include music from popular artists, which is obviously very debatable whether it’s good or not.

So I leave that part of discovering up to you!

But at the very least, hopefully, you have found something you can enjoy from these videos above, whether its simple rain noises or an ASMR rain videos with plenty of familiar ASMR triggers featuring throughout.