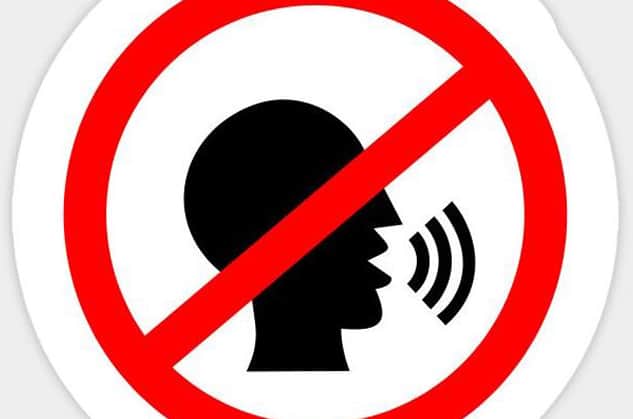 Whether you can’t stand the noise of lips smacking together or you just want to hear your favourite triggers ASMR no talking is a popular form of ASMR video on YouTube – and it can be particularly a favorite of those who are looking to get put straight to sleep.

Since generally someone speaking to you can just keep you awake as you concentrate a lot more on their words than you would do on tapping or crinkling noise.

As I’ve said; typically people watch these videos for when they really want to get to sleep there and then, rather than been soothed into it like usual.

So if you’re interested in getting to sleep as soon as you get into bed tonight, then check out this following list on my top 5 ASMR no talking videos for sleep.

With a varied amount of ASMR triggers in this 3-hour long video, this by far becoming one of my favorite ASMR no talking videos to date – and one that needs to immediately be put onto your watch list as of tonight.

These 3 hour long videos can be a little hard to get through since you do not know what to expect but she has shot the video perfectly by only using (or at least performing) light triggers – anything that is a little rougher appears at the beginning of the video.

Which I think is perfectly fine as this smooths you into the more calmer triggers that are to come.

If you like the sounds of ASMR tapping along with the crunchy, gooey and crinkly sounds of random objects; then Stacy ASMR has created a wonderful video to relieve you off any stresses of the day and put you into a relaxed state where at the very least you’ll get a great nights sleep.

It wouldn’t be a Tingly ASMR post without Gibi been included at least once – I’m sorry but she’s just the best ASMR creator on the planet for me; it feels wrong not to include her!

if you’re someone like me who enjoys the visuals of ASMR, especially the warming smiles from an ASMR creator, this will be a great ASMR no talking video for you since it includes everything you want from such a video;

Wonderful ASMR sounds and ASMR visuals – without the talking!

Just like the previous video where I mentioned that all off the more harshes triggers come in at the start and then the creator, in this case, Gibi ASMR, slowly brings in the more gentler noises throughout.

Allowing you to get comfortable knowing that you won’t be ‘surprised’ by a loud noise by the end of the video.

Where hopefully at that point, if the video has worked, you’ll be fast asleep.

The past two videos have had the theme of ASMR tapping no talking to them; if you enjoy the sorts of ASMR deep cleaning like I do, then you’re going to love this no talking video by ASMR MaryJLee.

With an assortment of hand movements that both visually please and create some awesome audio noises, all of your triggers will be fulfilled if you’re into ear cleaning ASMR like I am.

Despite the video only being 22 minutes long, because of the no talking you could easily loop it as many times as you like so that you can be sure to know it is playing all the while you try to get the sleep you need.

I have to mention to; although it’s very deep cleaning noises on a 3DIO, this video, in particular, isn’t so sensitive, meaning that it’s more than comfortable to sleep with as the ASMR sounds don’t seem to be too loud or too rough on your ears – which I think is quite unusual for this sort of ASMR trigger.

Since generally hand movements like these are usually hypersensitive and is a lot of the reasons as to why people don’t like this sort of thing in the first place.

So if you’re usually not a fan of this trigger, I’d give it a second try with the video linked above.

If you’re looking for a super long triggered filled video, then ASMR Zeitgeist has you covered.

With over 3 hours of pink triggers (if you like the color pink you’ll be more than satisfied here) which includes a range of microphones from the 3DIO to more basic mic setups like a blue yeti – there is more than enough content for you to fall asleep too.

I actually enjoy this one so much because of the different microphones he uses; this way you can get many more triggers from the same object due to the different quality in mics that are being used throughout.

Not only that, but ASMR Zeitgeist content is always visually pleasing since they are so high quality so it ticks the box for me when it comes does what I look for in good ASMR content.

I’m putting this one on here because I think blue yeti mic scratching/tapping is super underrated – I just love the quality of this microphone in terms of the sounds you can get with your voice and any objects as well as the sounds which you can create with the microphone itself.

Whether that’s tapping or scratching the actual microphones itself – love it.

It can be quite intense so if you’re someone not into this sort of content I can completely understand – although I think you should give it a go because its some of the best nontalking ASMR content out there.

And similar to one I’ve already mentioned on this list; this particular ASMR video is very visually pleasing due to the creators soothing facial expression and her actually tapping the microphone with her own hands just makes me feel more at peace.

I’m not sure if that’s weird but it certainly is a reason why I like this video in particular so much.

ASMR no talking is great for anyone looking to actually get some sleep as soon as they hit play, instead of being put into a position where they can rest easy – usually at this point of watching your already in a sleep-like trance (perhaps because you’re worn out because of the day).

These are the people I could not recommend this type of ASMR too enough.