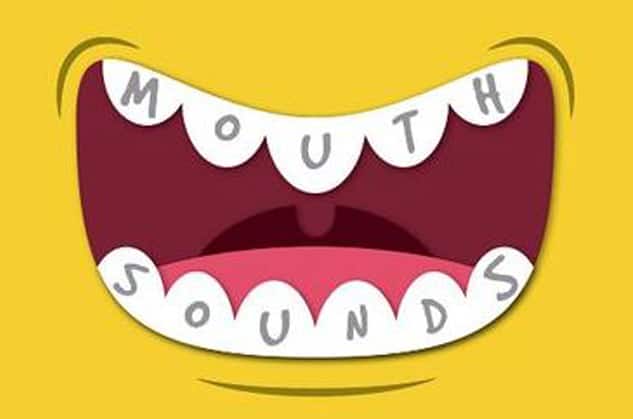 I’ve recently spoken about ASMR trigger words on this website not long ago, and I’m going to cover another ASMR trigger that you could say is the same as this, but I think its a sort of the following trigger – as in it happens when you say ASMR trigger words.

ASMR mouth sounds are what it is known as in the community, ultimately they are sounds that your lips make when they smack together to produce words – you can bring about this sounds more intensely if you use things like lip gloss and lipstick to get your lips wet.

This way, you will produce different sounds, typically of a wet kind, when trying to produce mouth sounds.

These wet sounds are’mnt for everyone as they definitely intensify the sound of the ASMR mouth sounds but this particular trigger is pretty intense anyway so this is just an extra layer.

Now that you have some understanding of what ASMR mouth sounds are, let’s get into some great YouTube content where you can be finding a mouth sound video that will become a particular favorite of yours – one you’ll most definitely want to add to your watch list.

I mentioned that the majority of mouth sounds are just about the sounds of lips smacking together – although I don’t think this is 100% true, and as you will see in this video from Gibi ASMR.

The mouth sounds which she performs includes many different sounds that the mouth can make, from the lip-smacking noise I mentioned early, to the more intentional noises such as clicking your mouth or performing trigger words like ‘sksksk’ or ‘tsktsktsktsk’

I wonder really consider these words but I think they’re not quite a mouth sounds since they are not as natural as lips smacking together – although I particularly like them in these types of videos as they fit well with the whole them of the ASMR.

Gibi is also known on her YouTube channel for her finger fluttering type trigger, so this is used throughout to fill up some silent space int he video – so if you’re wanting a bit of varied content instead of JUST mouth sounds – a video like this will be perfect

Especially if it’s your first time watching ASMR mouth sounds content – this can be a really great video to ease you into this sort of trigger.

2. ASMR Mouth Sounds – With a twist

This is the sort of video I was trying to make you aware of when we were discussing intense mouth sounds but this one has a twist, a good one at that.

Mouth sounds, if you’ve ever tried to create them for a period of time are hard and sometimes it’s hard to create the sounds that you want to make since your someone limited.

Dennis, however, is using a range of tools to sort of combining his ASMR mouth sounds male with the unique noise these objects create.

The tools he uses have clearly been selected with a purpose as they themselves let off a similar sound.

This essentially combines the noises together to raise the intensity of the entire ASMR sound he is creating – actually pretty genius if you ask me and it makes for a really intense video if that’s what you’re into.

Total props to Dennis here with this particular ASMR mouth sound video, if you’re looking for something intense because you’re an avid watching of ASMR triggers like mic brushing or ASMR slime noises, then this video will more than likely satisfy you.

This combines some of the other ASMR sounds I like to listen to, so I want to include it in this article.

And because personally, I think watching ONLY mouth sounds will just get boring after a while – ideally you’re going to want to stick on a video and go to sleep, it will just become annoying to having to change it when you want to listen to some other trigger.

Just like watching any 1 trigger video will dull the experience, you almost come immune to the particular trigger because of the number of times you hear it at once.

I think mixing in similar triggers really helps with the experience; allowing the content to be varied and IMO a greater chance at getting ASMR tingles.

If you’re unsure of what ASMR tingles are, check out my previous article: “What are ASMR Tingles – Understanding the Scalp Sensation“.

With that being said, here is another ASMR mouth sounds video that I’ll think you enjoy, which combines other triggers alongside it – although these triggers create mouth sounds of there own;

Such as trigger words that have their own unique trigger and when these words are being said, once the lips smack together to create the word, then the ASMR mouth sounds we are discussing are then created.

Lastly, I want to finish off with a pure mouth sounds video, this one is perfect for anyone that still does quite understand mouth sounds since it’s not so intense as the other I’ve put into this list.

A lot of the reason for that is the ASMRtist is only creating tktktktk or sksksk sounds with her mouth, which don’t produce the wet mouth sounds ASMR I was talking about at the start of the blog.

Instead, they are more subtle as sounds like these you are able to control how harsh they want to come off – so if you want some deep mouth sounds that arent harsh – in comparison to the other videos in this list.

Then checking out the video above from tangerin is going to be a wise choice, especially if you feel like falling asleep to this sort of ASMR content.

ASMR mouth sounds are similar to trigger words, in fact, I’d consider them a byproduct of the latter – since you can create many mouths sounds with particular trigger words.

Although when you forcibly create ASMR mouth sounds, such as ‘tsktsktsk’ or ‘sksksk’ that’s when you have a really awesome trigger that can set any sensitive person at ease.