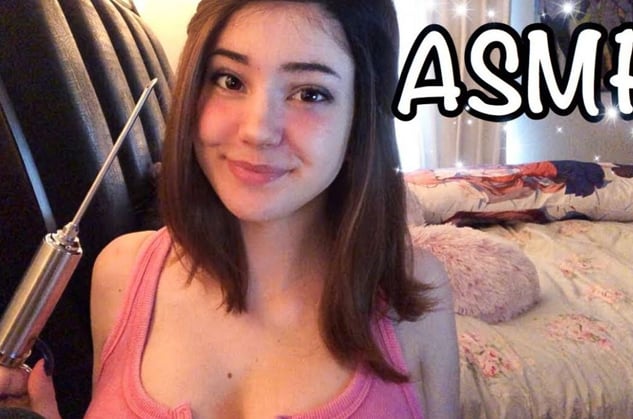 By far one of the more peculiar ASMR triggers that you could possibly find on YouTube, and probably one that gives the entire community and the whole concept of ASMR a bad name…

This weird but clever trigger has gained massive popularity from what I’ve witnessed over the time I’ve spent within the ASMR community – and for good reason.

As you can imagine, being kidnapped is a very stressful experience, though it’s a very personal one – in some twisted way.

The ASMR community has used this very unique experience and turned it into a personal attention ASMR trigger – one that features a lot of roleplaying.

A lot of these ASMR kidnapping videos feature roleplay from the ASMR creator as if they were your ex-boyfriend or girlfriend and they are capturing you so you stay with them forever.

So you can imagine what sort of personal attention would be featured throughout here.

It’s kind of weird experience but in its own twisted way, it just makes total sense.

Since a lot of the conversation is one way, as you are ‘tied up’ in these scenarios.

So it makes sense that the person who has captured you is doing all of the talking.

I feel like this is just the type of ASMR everyone has to experience, no matter if you enjoy personal attention ASMR or not, I feel like you just need to see for yourself as to what I’m trying to get at here.

I think this is a really great place to start with these ASMR kidnapping videos since it includes a lot of personal attention int he forms of talking, which I find to be a very popular thing throughout most ASMR.

So regardless of what you like, you’ll find some comfort in watching this video.

The roleplay from Jinx ASMR is actually really well done to in my opinion, she comes across as very crazy and overexcited.

Which is what I would imagine a person would act like if they would go through all that effort to kidnap you specifically.

There are quite a few props throughout this video too, which the creator taps and plays around with to create some extra ASMR sounds, so there is some variation throughout.

But the majority of the ASMR in this video comes from the ASMR talking, light whispering in this case.

If you’re looking for more object-based ASMR, rather than an overwhelming amount of talking, then perhaps there will be a better ASMR kidnapping video for you on this list.

This next ASMR kidnapping video is a lot better put together than the last, and probably more so than the rest of the ASMR content on this list

That’s not to take away from any of the other videos, however, I just feel like this is such a well put together a video that as been throughout.

And because it just seems a lot more professional than the others, even just the set design seems realistic which is far more than what the other creators have come up with

So having an actual set design just helps with this.

As you can see immediately from the background, there are going to be plenty of objects throughout the video that create various ASMR sounds for you to enjoy – which there is plenty of.

With varying different levels of sound, a lot of the noise created is pretty tame in the way of ASMR sounds – as sometimes it can be too harsh.

Which is really important here since it is an hour-long, meaning that there are probably people going to be asleep before the end of the video

So it would important not to include any harsh noises which could disturb the sleep of his audience.

There is a lot of conversation, back and forth – if you were to take part of course

A lot of these videos include a one-way conversation where you can’t really reply – but in this video, there is a sort of interview process

This allows you to get involved in the ASMR – or at least think up the answers in your head, which will allow you to get more immersed in the video.

And if you’ve experienced ASMR tingles for yourself before, you’ll know being immersed in the content really helps you get this tingly feeling we all crave in our little internet community.

At least this is what I’ve learned from my own experiences with ASMR.

this is the style of video you’ll find if you go out and find other ASMR kidnapping roleplays that aren’t on this list.

90% of them are from the point of view of a boyfriend or girlfriend capturing you.

This feels like a more realistic experience within itself but I think it helps ensure that the roleplay is far more personal, which obviously helps out with the personal attention ASMR aspect of the video.

What is great about this video is that this girl looks like she would kidnap you, which seems pretty harsh – and I guess it is.

But it really convinces me in believing the roleplay even more, which is pretty effective if you think about it when there are barely any props included.

Including a lot of whispering in comparison to the objects used in the video, you will find that this video is much more intense than the last

Overall, it is still a great example of an ASMR roleplay despite it not doing anything different than the last two I have included in this list.

Though it is still an enjoyable personal attention ASMR video in its own right.

And one that is worthy of being included in this ASMR kidnapping article.

I feel like I’ve covered this ASMR trigger enough in this article, although it is a pretty short one there just isn’t much left to say about this unique ASMR trigger.

If you’re someone who likes personal attention ASMR but you’re looking for something a little different, then perhaps an ASMR trigger like this would suit your needs perfectly.

Checking out any one of these videos will be a good place to start, as I would recommend them to anyone looking to experiment with this trigger.