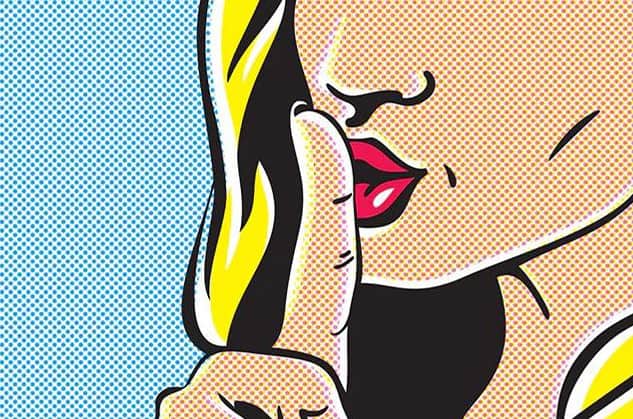 Today we are going to talk about ASMR inaudible whisper, what it is and the best video I’ve found that use the trigger perfectly to help get you to sleep.

By far the most common type of ASMR content on YouTube is ASMR whispering, this can be defined as rambling but usually comes in the form of instructional talking – where the creator’s talking through what they are doing.

Usually, this is just to add an extra layer of entertainment to the video so things don’t get to common.

I’ve spoken about before, the best type of ASMR is when you do not expect a particular sound, word or visual trigger to be featured within the video.

Doing something like talking in a video that’s focused on hand movement ASMR can add that element.

But I see a lot of videos lately that are focused around inaudible whispering, and it’s pretty strange but I find that it’s actually quite soothing, especially if you’re looking to go to sleep as soon as the video starts.

What is Inaudible Whispering ASMR?

Inaudible whispering is exactly the same as whispering except you have no idea what the person is saying, although I’ve found if you listen closely you a pick up on certain words.

The purpose of this type of ASMR trigger I’ve found is to create mouth sounds that would usually go unnoticed if they were speaking actual words, as you’d be more focused on what they were saying rather than the sounds the creator’s lips make when stacked together to make sounds.

But with inaudible whispering, this is not the case since you can mostly not make out what they are talking about.

This way you instead appreciate the sounds they are creating and thus relaxing you and getting you in a state for easy sleep.

If you don’t believe me, the next time someone is speaking to you, you will find it VERY hard to fall asleep as you’re distracted by their words.

Perhaps many of you have not yet experienced inaudible whispering since you won’t really find it in your general ASMR videos, you sort of have to go look for it amongst the content on YouTube.

Thankfully I have watched plenty of ASMR and plenty of this type of ASMR trigger, so I have a great list for you which lists some of the best inaudible whisper videos for sleep.

I’m sure you’re eagerly looking for a great ASMR inaudible whisper video for your sleepy ASMR playlist, so let’s get into it.

This particular video features plenty of other ASMR triggers with it, as most talking videos do – so if you’re looking for some variety then this is definitely one for you.

With a mixture of hand movements, some words that you can understand and even an element of a rainy background – then you have already found the perfect ASMR unaidable whispering video for your sleepy playlist.

Although this is a Halloween type video, depending on when you watch this it might not fit into the times.

But as an extra layer of visuals ASMR, I think the color pallet in this video is perfect; as well as it is a warm type of color it just allows me to get even cozier when I gaze at Friv and her beautiful background creation.

By the end of this video, Frivi includes more words that you can understand.

So I understand if this can distract you from getting the sleep you need; as we’ve discussed you may focus on her words more than the actual goal of falling asleep.

So this may be a problem, but hopefully by the time that comes in the video – Frivi would have already made you so sleepy you’ll be getting the beauty sleep you need by then.

With this next video, if you’re looking purely for ASMR inaudible whisper content, then Gibi ASMR has a great video for you.

Including only the rambling sounds of lips smacking together in an inaudible way, and with some hand movements which just add to the experience.

I did say it was only ASMR inaudible whisper but I’m pretty sure Gibi ASMR can’t sit still when creating her videos so you should always expect some sort of hand movement added into the mix.

I think one of the great things about this type of trigger is that the ASMR creator is actually having a normal conversation, you just don’t know what they are saying.

The great part is that because its a conversation they’re having, it includes all the great facial expressions; like confusing looks and smiles that you’d expect if you were sat with her listening to her talk about her day.

Which I just think adds to the sort of immersion of the video and obviously it adds a depth of visual ASMR if you were to keep your eyes open.

I’m not too big of a fan of this particular ASMR inaudible whisper video, because as you may know, I do not watch almost any male ASMR creators as I prefer the light tones of a women’s voice.

But I can see why you may watch a video like this, as it includes a range of inaudible whispering with some hand movements mixed in to keep things fresh.

Instructive ASMR is by far the best content in my opinion, when creators almost walk you through what they are doing it sort of hypnotizes me into a relaxed state.

MassageASMR does this in a similar way in this particular video.

Despite it being inaudible, you can keep up with the majority of what he is saying by the way he describes it with his hands – a genius idea, in my opinion, to keep the viewer’s attention so they can be distracted into being relaxed.

Allowing them to forget about any previous negative thoughts or bad feelings they may be having.

Continuing on with another Male creator, although it may contradict my previous point, I think you’ll enjoy this video even if you exclusively listen to female creators as I do.

PJ Dreams ASMR has a gentle voice, in comparison to some other male creators on the platform – this allows him to create a soft sound when he talks.

Meaning that any inaudible whispering he creates is not to harsh for people who are used to more sensitive noises like I am.

So if you’re someone who doesn’t listen to many male creators, I’d give this video inaudible whisper video a try as well as the rest of his content as this is one of the few male creators I can watch without feeling too uncomfortable with the sounds they can create with their voice.

Another great thing about this video is that it’s purely inaudible, with no ASMR hand movements, no special background noise like rain.

This is actually quite rare for ASMR content as even if they are focused around something, it usually contains other ASMR triggers to keep things fresh.

This one in particular commits to the ASMR inaudible whisper trigger and I think its a great video because of that – especially if you’re just looking for this ASMR trigger.

Which is sometimes what I need if I’ve spent all day at home working, it’s not to have a least some form of a personal connection…

If you’re looking for an ASMR inaudible whisper video that contains some warm hand movements that can help you sleep, then I’d suggest this particular video from Goodnight Moon above all else.

In fact, its one of my favorite videos throughout all the ASMR content on YouTube and it has a worthy place on my sleepy bedtime playlist.

ASMR inaudible whisper is by far one of the most relaxing types of ASMR videos on YouTube, particularly because they contain a sense of personal attention along with the sounds of someone’s voice – even if you can’t make ou that they are saying.

Although that makes it so great because you are not to focused and distracted on their words – this way you are able to concentrate on the task at hand.

Getting some great sleep!

Thanks for reading as always,