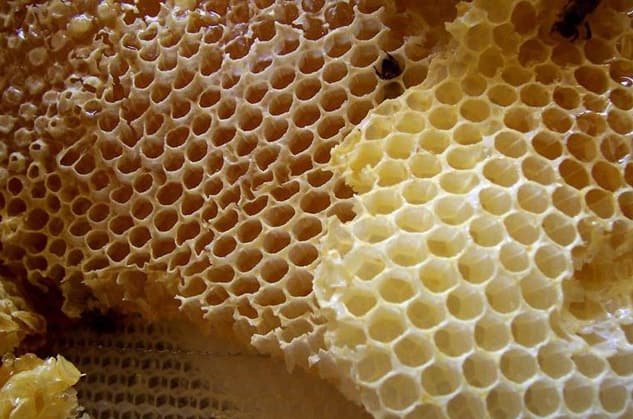 By far one of the weirdest ASMR trends is ASMR honeycomb eating.

It’s pretty strange to have a trigger revolving around one piece of food but here we are, honeycomb eating is something that everyone seems to be doing this year – and I guess it’s pretty tingly.

But as always that just depends on what type of ASMR you are into.

As you can imagine, there are some pretty sticky and wet sounds that come from doing this particular trigger, so that puts plenty of people off.

As well as the fact that this trigger typically means that the creators are going to have their mouth open so they can record the sounds.

Which again just puts people off because watching people eat with their mouth open is very uncomfortable – for me personally.

With that being said, if you’re someone who likes loud and harsh ASMR triggers and you don’t mind the squishy wet sounds created by a mouth.

Then perhaps you have just found your new favorite tingly ASMR trigger for you.

Now that we understand what the ASMR honeycomb trigger has in store for us, I’m going to link 2 of my favorite videos down below; as well as explaining what makes them so enjoyable.

With this first video, you’ll soon see why I was calling this pretty harsh and intense form as ASMR.

Immediately you can hear the sticky noises which are naturally created from the raw honeycomb.

On top of that, there are also some finger-licking noises that just go along with this type of trigger.

Although visual ASMR would generally be overlooked with this trigger if you just pay attention to how she has set the table up.

It is just very pleasing to me, I’m not sure why – just satisfying to look at.

Well, that is before she eats all of the content to create the ASMR trigger.

This first video is a great example of what this ASMR trigger is all about, there isn’t too much variation after this one.

Except when creators add some other triggers within the video to help give it some variation.

Ensuring it isn’t too overwhelming throughout the entirety of the video so it’s at least bearable to watch.

A slightly less tense video; although it’s still pretty intense because of the nature of the ASMR trigger

Is from Frivolousfox ASMR – and as you may already know she has some pretty goofy content which just makes whatever she is doing much more enjoyable.

Even if she is creating intense sounds with raw honeycomb.

And this video is no exception.

Focusing on her and her boyfriend eating honeycombs, you can see just how silly they both are together – which creates for a really cute atmosphere.

It’s just entertaining to watch, and along with some ASMR whispering as well as the obvious squishy honeycomb sounds.

I’d recommend this ASMR honeycomb video for anyone looking for a less serious take on the trigger and if they’re looking for some entertainment that is more than just an individual person eating food.

There isn’t too much more to say about this video, it does contain the ASMR honeycomb video but it is just a much more entertaining video in my opinion.

Although because of the goofiness, it can be quite hard to settle down with since you’re just focusing on the chaos that is going on the screen.

Instead of perhaps, getting the sleep you need.

With that being said, chaotic videos like this one really help to distract you from the negatives of the day, so it’s not all bad.

This is a very short article but I feel like I’ve covered the topic enough so that you know what ASMR honeycomb eating is all about.

And to be honest, there isn’t much variation of this trigger about online, as its generally just about eating honeycomb and nothing much else.

I feel like these two videos some up the ASMR trigger perfectly and both should be watched as I feel they cater towards different audiences.

Depending on what sort of ASMR you enjoy listening to.