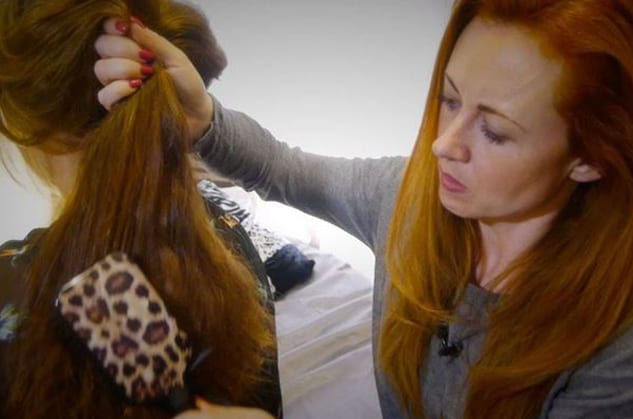 A lot of the reason as to why people find ASMR hair brushing so relaxing is that it can bring them back to times their parents or friends would play with their hair.

This is a relaxing experience for many, including myself and one that feels so personal – sort of like a massage.

It would make sense then that ASMR hair brushing would affect us in the same way; despite it just being a video.

And in my personal opinion, I still find plenty of satisfaction from someone else getting their hair brushed.

Perhaps not as much as the real thing but this is the next best thing.

So I think it’s still one of the best ASMR triggers to watch if you want to be taken back to more relaxing times in your life.

Especially if you’re in need of some personal attention.

If you want to relive those happy memories or just want to find comfort in someone else getting the personal attention you yourself might need (and trust me, it works).

One thing you’ll notice about most of these ASMR hair brushing videos is that they typically include other triggers alongside it.

Not only does this add to the variation of the video but it also adds to the authenticity of the experience which you also might have had.

When I used to get my hair brushed by a sibling or by a parent, 9 times out of 10 there would be some other soothing action going on alongside it.

Whether that’s through a scalp massage or a back massage – as these just go hand in hand perfectly and can usually be achieved at this same time.

For instance, if you’re getting your hair brushed, most likely at the same time you will be able to feel it on your scalp – giving you a sort of scalp massage experience.

So to add this into these types of ASMR videos just makes it a lot more real in my opinion – which I think plays a big part in becoming relaxed.

You have to believe what goes on and things have to seem natural.

Just like watching someone do or receive this type of massage you have to believe that they are enjoying it, which then you find comfort in it for yourself and then you can enjoy such ASMR for yourself.

This video includes a great combination of ASMR scalp massage as well as ASMR hair brushing, and it is overall a great all-round experience.

With no talking throughout, you could easily get to sleep just listing to the noises which the creator and her subject create.

Although, I feel like these videos are very visually trigger, so I always prefer to watch as much as I can before I inevitably dose of to sleep so I can appreciate as much of the visuals as possible.

Now, if you’ve ever experienced hair brushing for real, you’ll know that there is a lot of talking throughout the whole experience – usually girly talk about whatever needs to be said.

And I feel like RelaxWithReena captures that in this particular ASMR video.

The creator discusses her most cherished memory in this video, which is sort of presented as a story although I prefer mindless rambling because it usually speaks about common topics that are relevant to my life.

But still, I think a story being read to you whether from a book or just from someone’s memory can be very relaxing as you get very involved in what is going to happen thus making you concentrate on what is being said.

Which as I’ve spoken about before, can shift your focus away from negative feelings you have or at the very least get you into a sleep state due to you being free of the general madness going on in your head.

I’m not sure if you’ll agree but this girl’s hair is just beautiful, I don’t know why but it looks so silky smooth and It really hits that part of the visual ASMR aspect I just love so much from these videos.

It certainly helps in relaxing me along with the ASMR sounds that are being created throughout.

As we’ve already established previously in this article, ASMR hair brushing is never really presented as its own trigger – because it mimics a previous experience many of us have once had.

And we all know there is more to hair brushing in real life that the hair brushing, there is plenty of talking as well as head and scalp massages involved.

This next video includes just that, with some talking involved which is pretty light in comparison to a lot of talking in most ASMR videos – so it shouldn’t disrupt sleep at all.

A lot of complaints about ASMR talking, and why people prefer ASMR no talking videos is because the sounds of voices can easily keep you up at night.

Especially if you drift off to sleep and then are suddenly woken up by a particular word a creator has said, it can be kind of scary or creepy at first until you remember you’re just listening to ASMR.

I really love ASMR hair brushing although I think it works even better alongside other ASMR triggers as you can see throughout this short but very informative list.

It certainly brings back memories of typical childhood scenarios I have had plenty of times thanks to the care and attention from my parents and friends.

Which as I’ve said in the past, makes this a very interesting trigger, especially when it comes to getting those wonderful ASMR tingles we all desire to experience.