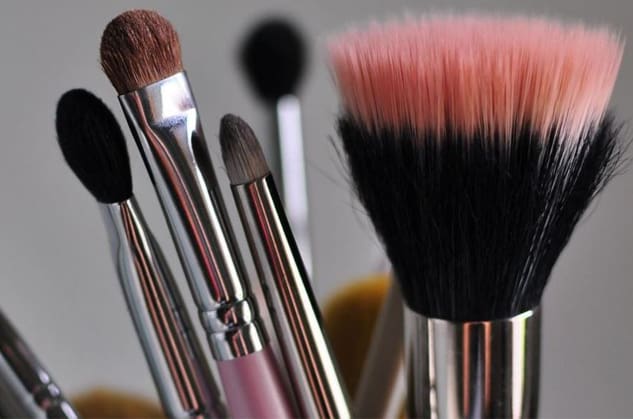 One of the most common ASMR triggers you will probably find yourself watching since it’s featured in plenty of ASMR videos across the internet, is ASMR brushing.

This intense yet soothing trigger is a pretty varied trigger.

just using different brushes on the microphone can create a range of sounds that can help relax and soothe the audience.

Some of these sounds can be pretty harsh and others can be much softer, it just depends on the brush used as well as the technique used to perform the ASMR brushing trigger.

So for that reason, there’s not really one video I can point you to; since it depends on what type of ASMR you’re into.

As well as what you’re going to use the ASMR video for.

For instance, I like harsh noises if I’m just trying to relax.

But if I’m looking to get some beauty sleep, I much prefer gentle noises as they can still work their magic but they just don’t bother me too much in the way of keeping me awake.

With this in mind, let’s get in some of the best ASMR brushing videos for relaxation.

1. ASMR Brushing sounds for over an hour

Just over an hour-long, RoseASMR has created a very long but very tingly ASMR mic brushing video for us all to sleep to.

Regardless of what type of ASMR you’re into.

And another great reason as to why this is such a good video to watch is visual which Rose herself has created.

I think because she looks so relaxed due to the position which she is in – which is unusual for ASMRtists as they are usually stood up.

It creates a more calming feel, which certainly rubs off on to me when I watch the video.

And there’s just something so hypnotizing watching a creator you love to have fun with the ASMR they are creating – especially when they just look so cute doing it.

Which is another level of visual ASMR in my opinion, watching someone who is attractive just helps with calming me down

I’m not sure what it is about good looking creators that give me so much visual ASMR but it’s a pretty common feeling I have throughout my favorite ASMRtists.

2. ASMR Brushing away your stress

However, this video from Gibi ASMR shows us that you can even put the focus on ASMR visuals with the ASMR brushing trigger.

I’d put this into the personal attention category for obvious reasons since the purpose of this video is to ‘brush away your stress/anxiety’ but I think it fits within ASMR hand movements.

Although obviously Gibi is moving her brushes about on-screen to create a soothing visual ASMR effect, this is a similar technique with what you would find with the hand movement trigger.

I’ve spoken about the ASMR hand movements triggers in detail elsewhere on my site so I won’t go into to much detail here.

But what I will say is that this I feel is a wonderful take on the ASMR brushing trigger, especially if you’re into visual ASMR as I am.

With talking over the brushing technique, as Gibi always likes to add in most of her videos – this is certainly a soothing experience.

But one that needs to be appreciated with your eyes on the screen.

So not the best choice if you’re looking to get some sleep straight away.

This next video is more of a compilation than a well put together a video from a single creator – as this features many different videos into one.

What you can expect here is many different noises being created with all kinds of brushes – some feature simple mic brushing and others feature brushing of different objects.

This obviously just adds variation to the ASMR trigger.

Allowing for different results that keep things interesting for both the audience and the creators that experiment with this ASMR trigger.

With over 3 hours of footage to watch and listen to, there is no doubt going to be something here that you can enjoy.

So at the very least by the end of it, you’ll know what sort of ASMR brushing you like and what sort of noises you enjoy being created into your eyes.

The only issue is there are many different noises, so you can’t really get used to one particular sound.

This could be a problem if you’re looking to listen to some soft noise whilst trying to get to sleep – as harsh noises may just disturb you.

But really this comes down to personal preference.

I have many friends who enjoy loud and harsh ASMR triggers when trying to sleep – I don’t really see the appeal myself.

Just to warn you though, there is plenty of different sounds in this one, so just know your sleep may be distributed and any point.

To be honest, though, a lot of the enjoyment of this video is from the visuals which ASMR Zeitgeist creates.

His videos are always of high quality, so the visual presentation always allows me to enjoy some visual ASMR.

So even if you just watched and listened to get you into a more relaxed state, this would still be a great way of using this ASMR for your benefit.

Right before you turn over to go to sleep.

Although the main focus isn’t just ASMR brushing in this next video, I still think it’s a great example, and a perhaps a unique take on this particular ASMR trigger.

Alongside ASMR scratching, which I think works absolutely perfectly here – so no compliments.

In this video, ASMR Bakery uses a range of objects, from her hands to everyday tools to create the brushing and scratching noises throughout.

Every move seems deliberate as if it has been thought out.

This is an essential part of these videos in my opinion because it can be a way to easy to act rash and then create loud and harsh sounds that put many viewers off.

Especially if they’re looking to get some sleep.

Though again int his video, you will see that there is just something so soothing about the visuals which the creators have set up for us here.

Which I think really rubs off onto me when I watch this video over and over again.

I just feel like I want to get comfy in my own bed whilst watching.

Sort of like when you watch someone get an ASMR massage and since they look relaxed and destress, you almost feel this way too thanks to them.

It can be harsh, fast, slow and even smooth – depending on the technique used as well as the brush which has been selected.

Overall a great trigger for everyone to enjoy, even those who like visual ASMR!