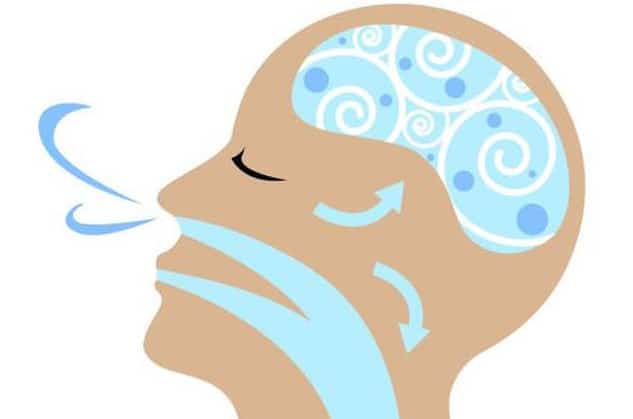 ASMR breathing is one of the more quirky types of ASMR triggers in our community; especially if you’re someone who hasn’t experienced much ASMR content throughout your time int he spaces It can be quite weird to stumble across these videos.

This is more apparent if you’re experiencing ASMR content for the very first time as it can give you a false perspective of what ASMR is.

And if you’re not into ASMR breathing like I am, it can more than certainly come across as creepy or weird.

Before we move on to the best ASMR breathing videos for your bedtime playlist, I just want to talk about what exactly this trigger is, and what the reason may be as to why so many people enjoy it.

What is ASMR Breathing?

Well, it’s breathing but in an ASMR context…

But seriously, it’s just breathing but can take the form of being gentle or more natural – which could be deep if say the person was simulating sleep.

The point of it is to simulate another person in the room with you, which can be comforting to many if they’re used to sleeping alongside their partner who may not be around.

For me, I just find it especially comfortable to know that someone may be sleeping next to me, even if its something I’m not used to.

Sort of like when you used to sleep with your parents when you couldn’t get comfortable in your own bed.

Which is where a lot of ASMR stems from – childhood.

As generally the tingly reaction of ASMR can be brought about due to old nostalgic feelings of some time ago, and is usually from a warm and cozy experience from your childhood where you were far more doted on than you are now in adulthood.

Hopefully, that covers this particular ASMR trigger for you just enough so you can understand what it is and why it may be a favorite of people in the ASMR community.

Now let’s get into the best videos that feature this particular ASMR sound for both relaxation and sleep.

By far my favorite time of ASMR is more along the lines of instructional ASMR, which essentially means that the ASMRtist walks you through what they are doing.

In this case, HeatheredEffect ASMR is talking you through breathing now and again; telling you to breathe in and out.

Which makes it the perfect video if you’re finding that you are full of anxieties or perhaps going through a depressive episode it can be great to have someone walking you through something that can get you calm and relaxed.

Even if it is something as simple as breathing.

Alternatively, you could use this type of ASMR video as a way of getting some sleep; since the breathing is pretty gentle and I imagine simulates someone being laid next to you in bed.

Which can be comforting if you’re in need of someone – even if it is throughout an ASMR YouTube video.

The added hand movements in this video also add another layer of ASMR, specifically ASMR visual.

As I love visual ASMR, these types of hand movements never fail to make me relaxed; so in combination with the light breathing, it such a great video for anyone looking to get into a calm and sleepy state.

Just like the previous video, this video contains a little more than just ASMR breathing, but I think it works really well.

Personal affirmation is always welcomed to my ears, whether in real life or from an ASMR video.

And combining this type of trigger with ASMR breathing is a great way for you to feel relaxed and comfortable at night so you can get you the sleep you need.

This video also plays on the point I used before where I spoke about the comfort of having someone there; this is more apparent due to the positive affirmations.

Sort of like being shushed to sleep by your mother, hearing positive words while you try to rest can get you in that comfortable state knowing that everything is going to be okay.

Regardless of what might be going on in your own head.

Another awesome video for anxiety or if you just feel especially negative before sleep.

Certainly, one that deserves a spot on your sleepy time playlist.

With purely breathing sounds, this one features more ‘forced’ breathing than the previous two videos on this list.

As in it’s not very natural and because of this, it is very intense.

Intense is fine, but I wouldn’t recommend it for sleep, I think it’s better used for relaxation and at the very least a way of not feeling alone.

I’m not really into this type of hard breathing, but I do have a few friends int he community that are all for this type of trigger so I can respect anyone that prefers this over the other ones I have linked.

Someone in the comment; a clear fan of this type of breathing puts it best for this entire ASMR trigger;

This was very tingly. I haven’t seen many good videos with breathing sounds but this is really great.

He/she does have a point, there are very few dedicated breathing video on YouTube and IMO we really need more of them as its one of my favorite unusual triggers that at the very least helps me to get relaxed.

Even if it doesn’t give me tingles.

This one is pure ASMR breathing, but it’s at a slow and gentle pace.

A little forced but not intense, just how I like this type of ASMR trigger to be used.

To add a bit of unique variation, the ASMR creator has added in an echo-like effect which just adds to the whole video and makes the breathing that much more intense – but not too intense as I’ve stated.

Although this type of breathing is not something you’ll ever experience outside of a YouTube video.

So its nothing like the type of comfort breathing you may have heard sleeping next to your parents as a child or your partner as you do now.

It still super relaxing due to the slowness of the video and I think it makes for a really great ASMR breathing video – certainly one that deserves to be on any kind of ASMR list.

And should more than certainly be on your nighttime playlist.

It’s already on mine.

I wish I could have made this ASMR breathing list longer but there just aren’t many good ASMR breathing videos out there; a lot of them include many other triggers too so the breathing in the video gets overlooked.

Which I think is a great shame since its such a good trigger and one that always helps with any anxiety I feel or just general loneliness.