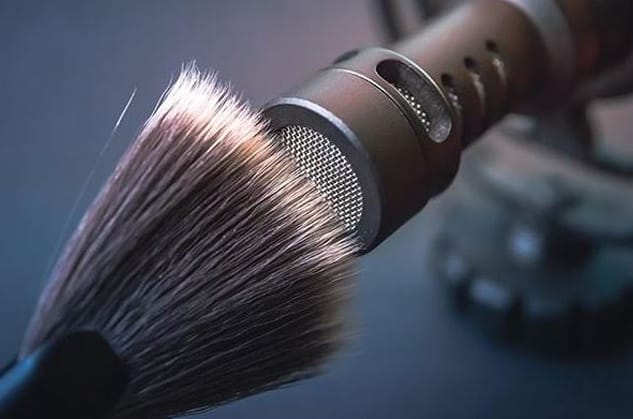 There are many ASMR benefits that I have found to be true through my experience with ASMR – although this is an unscientific view but I have more than certainly watched enough ASMR and have been conscious enough throughout my time to understand how I’m feeling after the experience.

So, I feel like I have plenty of background knowledge about the benefits of ASMR, enough to teach you about the ASMR benefits that I have personally experienced.

And who knows – maybe you’ll get the ASMR tingles our corner of the internet can’t get enough of.

As I’ve watched plenty ASMR over the past 2 years, I have had many health benefits that have been mostly mentally – I have had no signs of much physical pain relief but perhaps the physical benefits of ASMR have not affected me as much as I feel no sort of chronic pain which a meditation method like this one would generally help with.

Overall, during and sometimes after watching ASMR, I have experienced myself being in a better mood; whether that was because I was sad about something previously and I turned into a more happy person or I was just feeling meh that particular day.

ASMR has helped boost my mood or at the very least remove the negative feeling I once had surrounding a particular thought or topic.

Such ASMR benefits do of course not mean that my problems just disappeared during or after the video.

But at the very least I was able to think about such problems and issues in a different light, generally more optimistically; thanks to a more positive mood.

I just want to drill down into some key points of how ASMR affects my emotion in the next couple of headers, just so that you can get a little bit more of an understanding.

Now, this is by no means scientific but from personal experience; so I still feel it holds some credibility.

I suffer a lot with anxiety, whether thats overthinking a conversation I had on a previous day – where I imagine what the person was thinking after and even at the point of sleep as to what they may be their thoughts on me; both negative and positive (but if you’ve ever had anxiety, you’ll know its always never from a positive mindset).

But because of how ASMR has worked for me; in distracting me from any negative thoughts thanks to triggers like personal attention ASMR or just generally my favorite ASMR sounds – I have felt a lot less anxious – allowing me to be relaxed enough so that I can get some beauty sleep.

This does not solve my problems though; it merely suppresses the thoughts and feelings but having such thoughts at bedtime is just irritating since there is nothing you can do about them at that point in time because all you should be doing at this particular moment is trying to get some sleep.

Similar to how ASMR has helped my anxiety, such ASMR content on YouTube, like my favorite visual triggers and even just some soft speaking, has helped me with any depressive states I may be in before watching.

This works in the same way as before; it is simply distracting me from all of the negative voices in my head, even for a short period of time which is a great relief when it’s a constant all-day battle with myself.

There is not much new to add here if you have read the previous point; since ASMR helps in the same way as it does with my anxiety – but I just wanted it to be known for anyone suffering from depression so much they can’t get to sleep at night.

Ultimately, I’d recommend trying out ASMR if you’re looking for quick relief from your anxities or depressive episodes if you’re in desperate need of some sleep.

Similar to what it does to my mood, ASMR helps to destress me and relief me of anything of the negative thoughts that may have been encouraging me to feel overwhelmed with work or other problems in my life.

I drastically felt much calmer which I suspect was because of a reduction in a heartbeat I was experiencing; I am not scientific by any means but typically if you’re stressed you’re usually on edge thus a high heart rate is experienced.

ASMR benefits like this one helped me reduce this stress by allowing me to focus on something else, whether that was the ASMR sounds in a particular video, visual triggers like hand movements or just one of the ASMR creator’s beautiful faces that helps to distract my mind – even for a little while.

Generally, this would last a little while after the video had finished – although my only real experience with ASMR content is watching it in bed before I sleep so my personal research in that sense is limited BUT I have felt that afterward, I can get much better sleep since I am somewhat stressfree.

Before watching ASMR – I struggled to get relaxed due to all the thoughts that were going on in my mind; so ASMR has helped me significantly with this problem.

Moving on from a previous point I had just made, I feel like my quality of sleep has significantly changed since I started to watch ASMR on YouTube – this perhaps could be argued as a placebo effect from watching so much ASMR but I really don’t think so.

I have struggled with sleep all of my life, usually, I wouldn’t be able to fall asleep because there was just too much going on in my mind for me to even get into a relaxed state.

And on top of that any sleep that I was getting just felt a low quality – you’ll know what I mean by that if you’re aware of yourself when you wake up and throughout the day – you just don’t feel right and usually it can be put down from a lack of quality sleep.

Due to the increase in mood and the amount of stress I feel that gets pulled off of my shoulders when I watch ASMR – this for me creates a great recipe for allowing me to get the sleep I deserved after a long day; even more importantly the sleep I get is of good quality so that the next day is even better.

Let’s recap a little about the ASMR benefits and how they have affected my life;

ASMR has significantly helped me with boosting my mood, reducing my anxiety and suppressing my depression – these are all benefits I experience whenever I seem to use ASMR; whether I get those wonder ASMR tingles or not.

And most importantly (to me), all these effects have allowed me to get so much more sleep – which I can’t thank the ASMR creators enough for.